Behind the Breed: Saint Bernards

Thursday, October 27, 2022 | Behind the BreedWorking Dogs 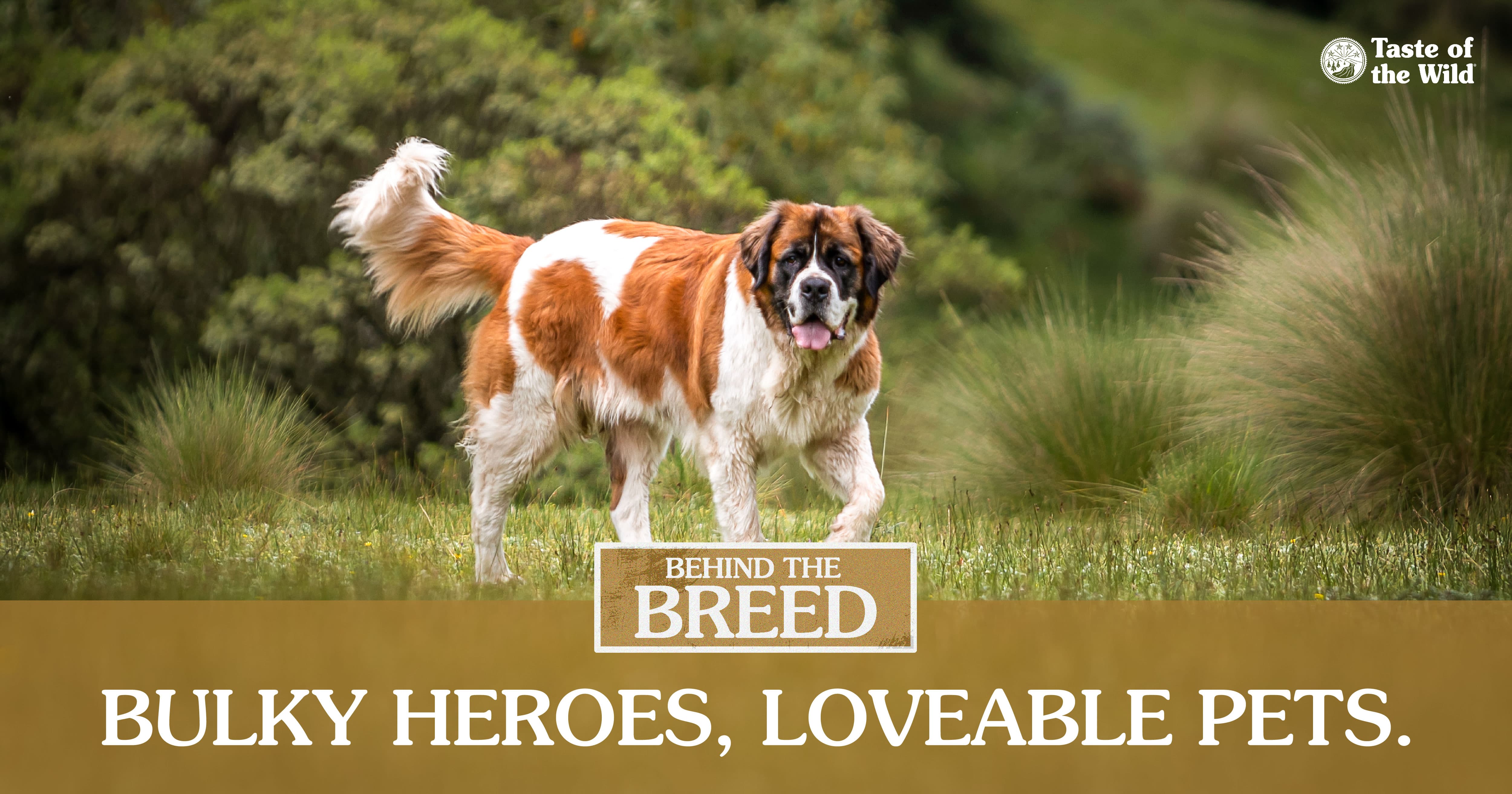 Known for their imposing bulk but lovable personalities, Saint Bernards are also celebrated for daring tales of harrowing rescues in the Alpine mountains. With such an interesting background, it’s no wonder Saint Bernards are regularly put on the silver screen.

These massive and massively drooly dogs originated in the Western Alps in Italy and Switzerland. They were originally bred in the 1660s by an Italian monk, Bernard of Menthon, for rescue work by the hostel in the Great St. Bernard Pass in Italy. They are categorized as one of the molosser breeds, which descended from an ancient Greek tribe in the kingdom of Molossians and were brought to Switzerland by Roman armies. Written records from the early 1700s list them as an “Alpine spaniel,” but they are featured in earlier works of art, and their appearance has changed somewhat due to crossbreeding that was necessary due to severe winters and avalanches that killed off breeding stock.

It might surprise you that the original search-and-rescue Saint Bernards never received special search-and-rescue training from the monks who bred them. Younger dogs learned those skills from older dogs, but the veterans trained the youngsters so well that during conflicts like World War I, Saint Bernards were used by the Red Cross to carry supplies to troops stationed in the Italian mountains and other outposts that weren’t readily accessible to horses or vehicles.

Saint Bernards have a highly developed sense of smell that helps them locate freezing and injured humans. It is estimated that in their three centuries of rescue work, they have saved more than 2,000 lives.

Big Dogs Can Be Big Jobs

One of the largest of the working breeds, Saint Bernards measure 28–30 inches at the shoulder and males weigh in at 140–180 pounds. The breed standard lists phrases like “extraordinarily muscular,” “very powerful” and “imposing.” They grow fast — which means that while they mature, they need appropriate food and nutrition or they could be at an increased risk for developmental orthopedic conditions, like hip dysplasia. Additionally, they are large and deep-chested, so bloat, a life-threatening ailment where the stomach flips upon itself, can occur. Regular veterinary checkups are advised to help prevent potential medical issues.

And then there’s the drooling.  So. Much. Drool. A Saint Bernard owner rarely leaves the house without the drool rag to clean the loose lips and skin that hang down from their mouths.

However, the Saint Bernard is second to none in the temperament area. While socialization and puppy classes are recommended so that they don’t develop jumping habits, their inherent personalities make them lovable gentle giants. A perfect breed for families! 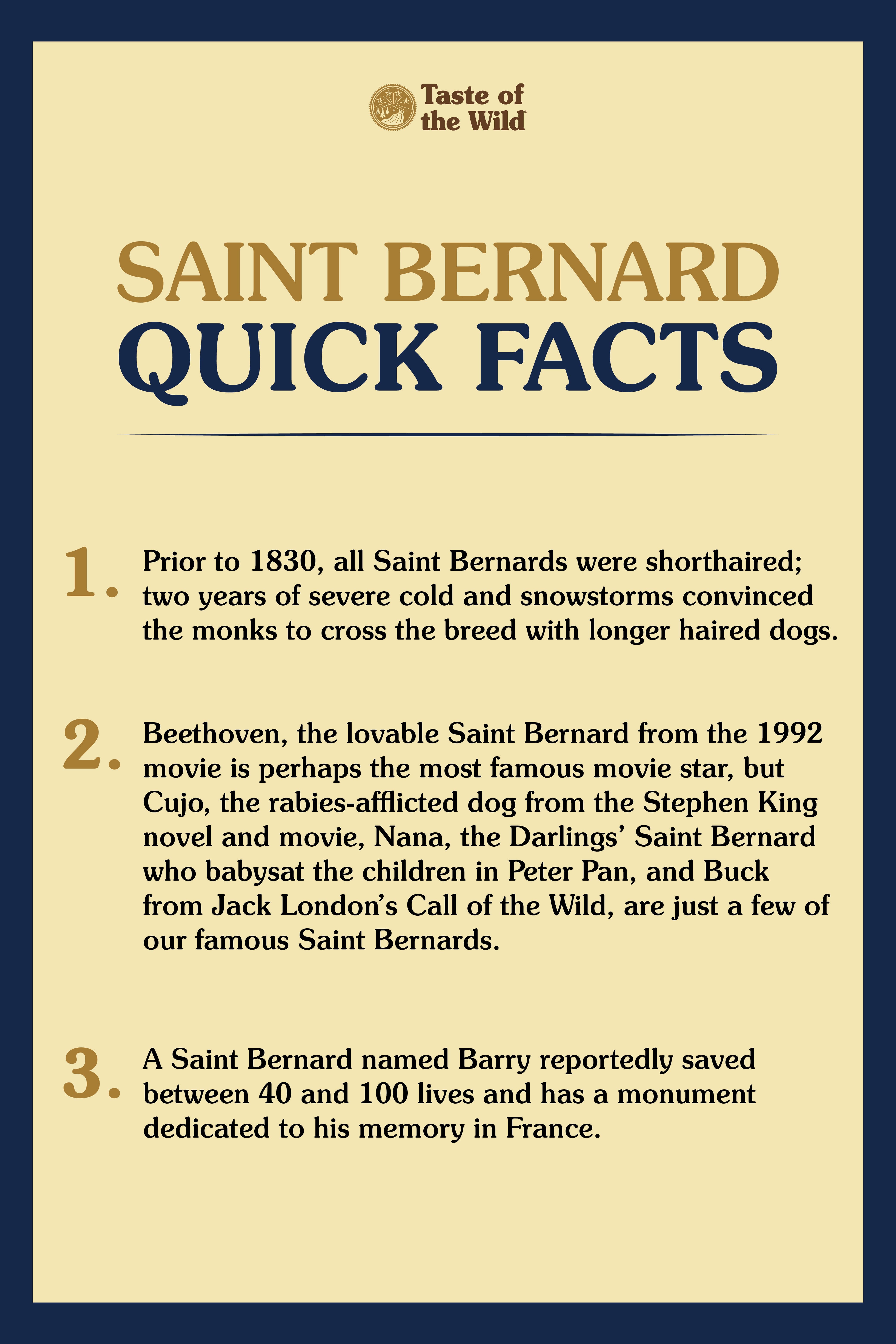