Even the most high-powered batteries can’t deliver nonstop energy like the border collie. Bred to drive sheep herds, borders are determined to herd anything on hand, even if it means corralling your kids in the backyard. While technically not considered a working breed, they’re arguably the workaholics of the herding dog category.

Although sheepherding jobs may be in short supply in the United States, border collies are happy to give their all to jobs such as search and rescue, narcotics and bomb detection, or service work for the vision or hearing impaired. They have also been known to take home blue ribbons in agility, flyball, freestyle, obedience, and other competitions.

That boundless energy is matched with a keen intellect. In the book, The Intelligence of Dogs, psychology professor Stanley Coren surveyed 200 dog-obedience judges across North America, and the border collie earned number-one ranking for smarts.

The History of Border Collies

Centuries ago, Roman raiders invaded Britain, bringing livestock and large herding dogs with them. Years later, Vikings did the same, only their dogs were smaller and faster. When the two types of herding dogs were crossed, the result was a compact, high-energy dog perfect for herding sheep across the hilly terrain of Scotland.

The Scottish word for a sheepdog is “collie,” which initially described a broad range of herding dogs. Queen Victoria is said to have taken a keen interest in the dogs when she witnessed them at Balmoral Castle, and they became popular with the royal set.

Soon, dog shows became the rage, and sheepdogs from all over Britain were entered. Eventually, competitors found it difficult to breed for both show and working qualities. At the dawn of the twentieth century, the show line became a breed of its own, the collie, while the working line became the border collie. Some suggest the name comes from the fact that the breed originated in the Scottish Borders. The border collie was admitted into the American Kennel Club (AKC) Herding Group in 1995. 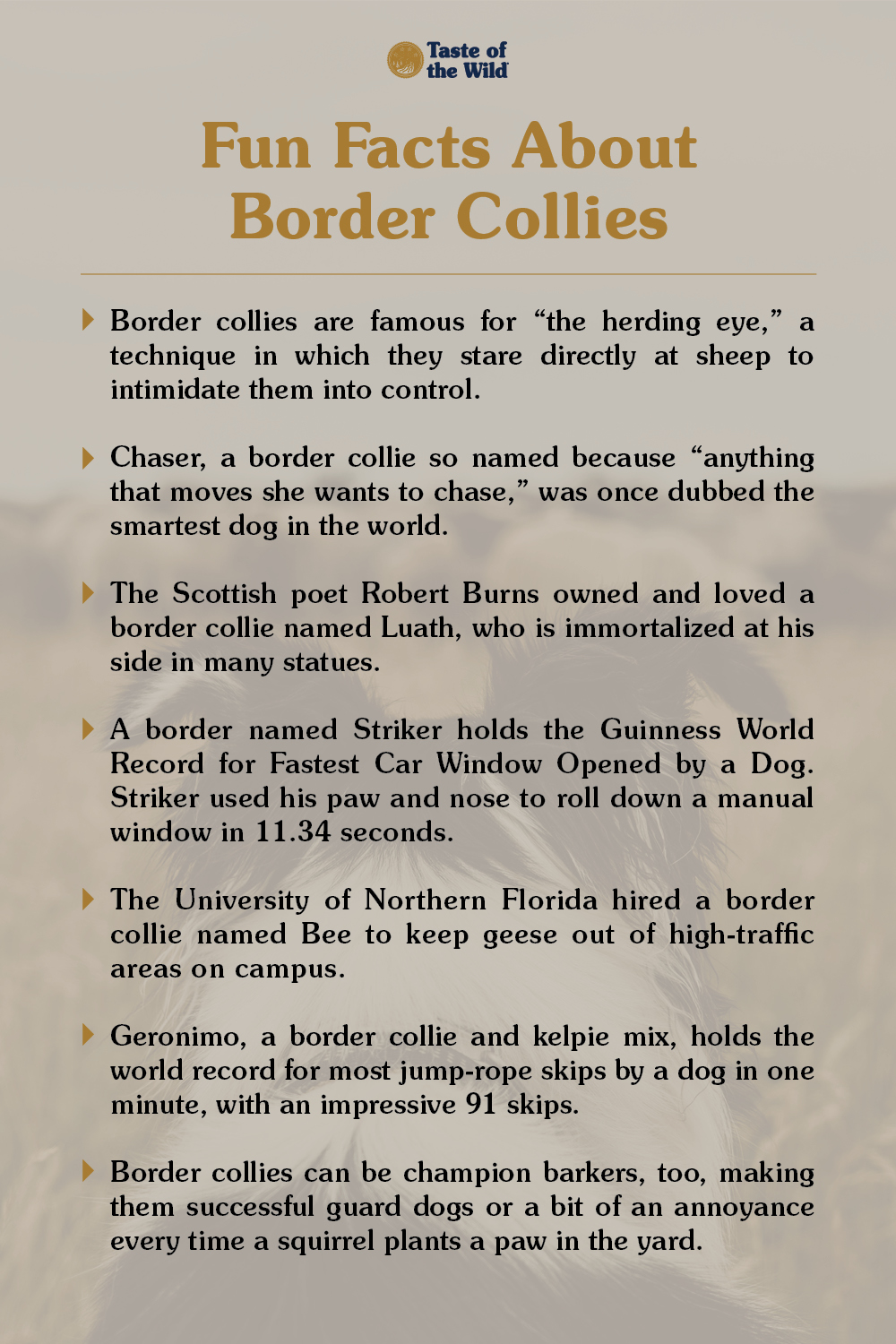