Behind the Breed: Golden Retrievers 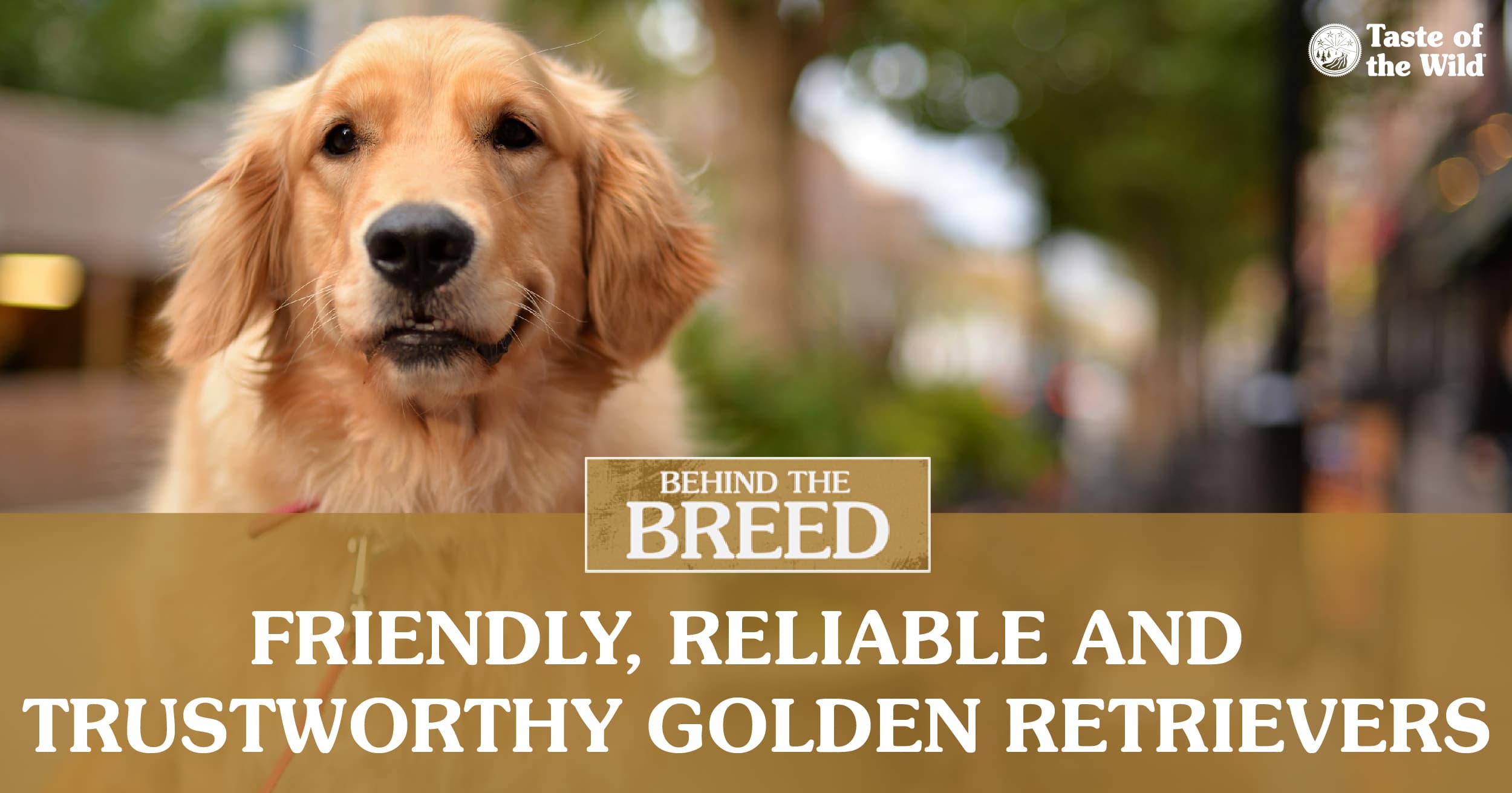 One of the most popular dog breeds in the United States for decades, golden retrievers have a rich history that originates in the Scottish Highlands. The golden retriever is a highly adaptable and all-around sporting dog known for their affectionate temperaments and luxurious golden coats.

In the late 19th century, Sir Dudley Marjoribanks, who later became the first Baron Tweedmouth, sought to create the definitive retriever for rainy weather. The baron crossed a “yellow retriever” with a Tweed water spaniel and set out to develop a medium-sized breed with a water-repellant coat that was serious about hunting waterfowl and game. And so, the golden retriever was born. Literally.

Goldens were first recognized by the American Kennel Club as “Flat-coated Retriever, Golden” in 1903 and soon caught on as outstanding performance and conformation (dog show) event contenders. The official breed standard states that a goldens’ head should be strong and sturdy with dark eyes, short ears and a broad muzzle that is often described as “soft,” for the way they carry game, toys, sticks or even clothing without damaging whatever they pick up.

In the years after World War I, golden retrievers increased in popularity and spread throughout the Western world. They now count themselves as one of the most common breeds largely due to their friendly nature and willingness to learn, which make them ideal for obedience trials, as search and rescue dogs and as excellent candidates for therapy dogs.

Goldens have boundless energy and often exhibit puppylike behavior well into adulthood. Because of this exuberance, goldens need plenty of exercise and running to calm them down. But when given a job that keeps them engaged, this “friendly, reliable and trustworthy,” breed will become loyal companions to any family. 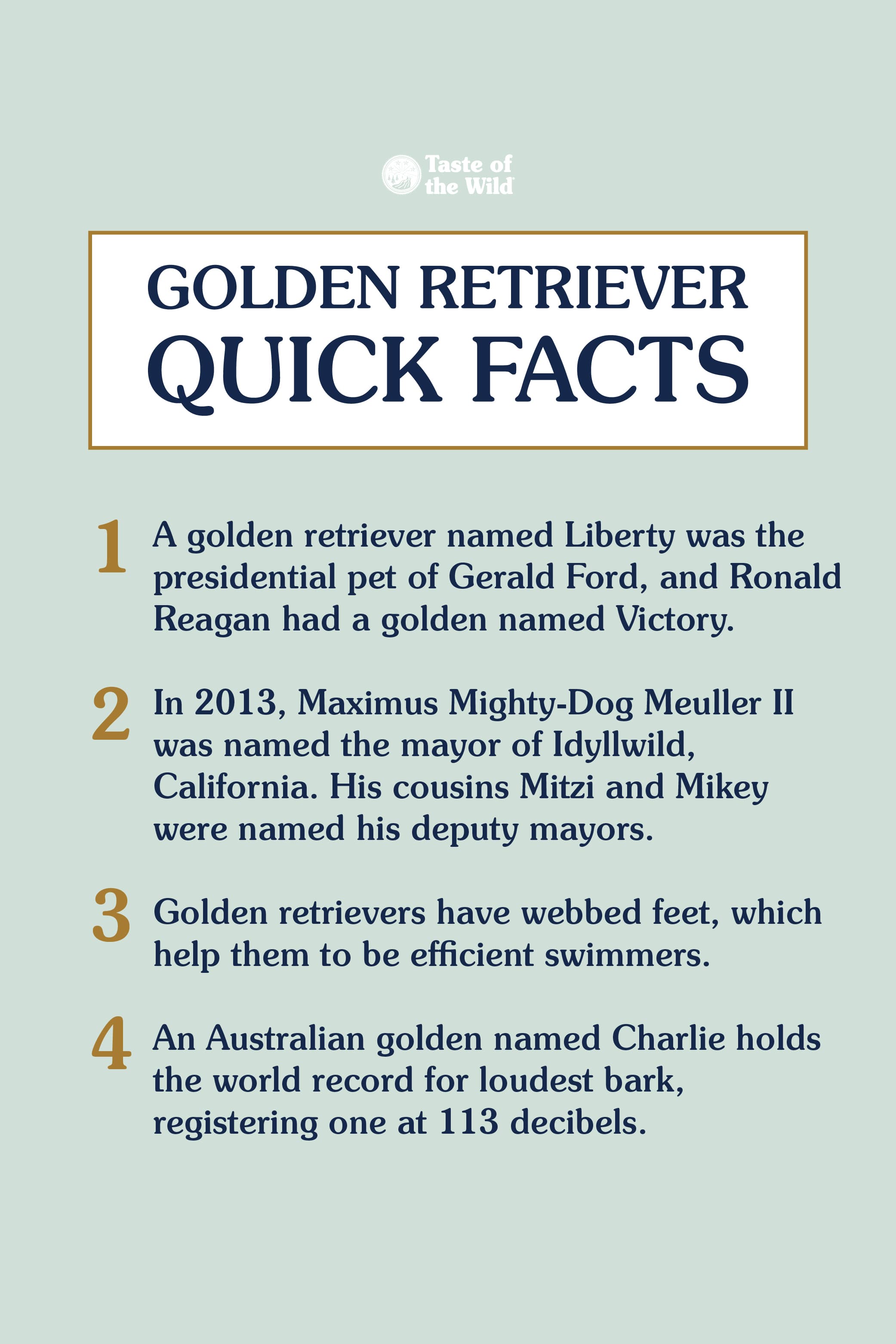