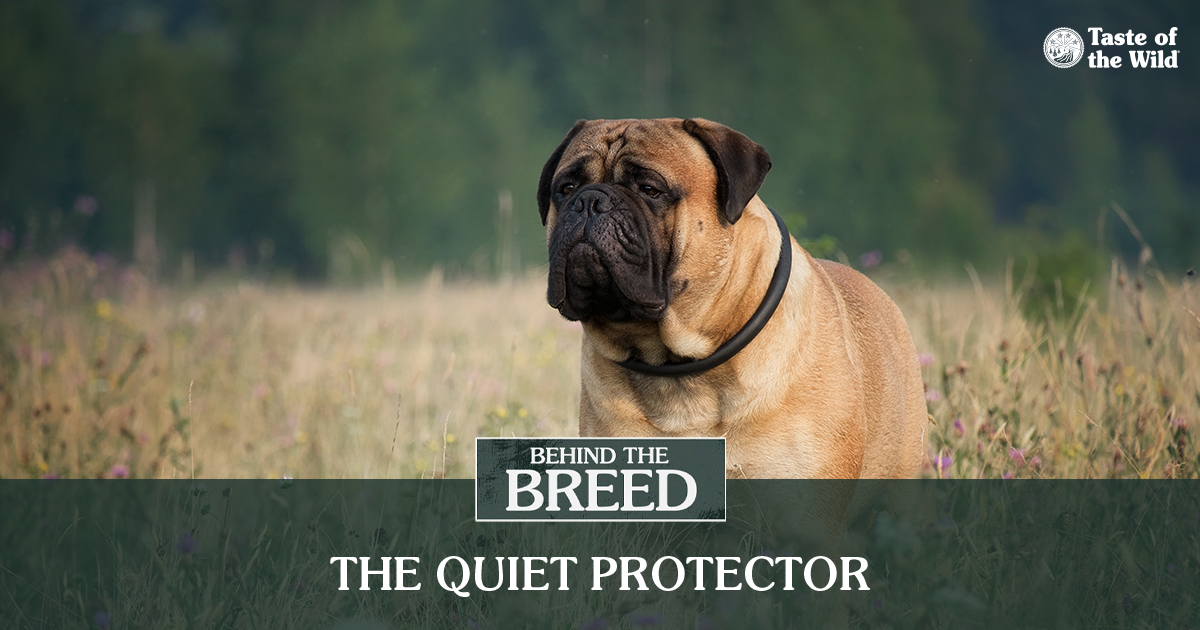 Fearless and imposing, the bullmastiff is a working dog with a purpose. This large, imposing breed was developed by 19th-century hunters to guard and protect game on English estates. Poaching on estates was an extensive problem, so gamekeepers crossed English mastiffs with the now-extinct Olde English bulldog to create a guard dog that would protect and defend deer and other game. To this day, bullmastiffs are still trained to track without barking or biting, with the goal of holding poachers without injuring them until their masters can get to the intruders.

Bullmastiffs stand as high as 27 inches at the shoulder and weigh between 100 and 130 pounds. Their imposing, broad heads and deep muzzles merge to create an alert expression that conveys the confidence these guards possess. Their coats come in fawn, red or brindle, and their “flying nun” ears — named after the famous headgear Sally Field donned in her 1960s TV show — usually come in at about four to six months.

John D. Rockefeller brought bullmastiffs to the U.S. in the 1920s to guard his home in upstate New York., and the American Kennel Club recognized the breed just a few years later in 1924. In 1928, the famous jewelry company De Beers imported bullmastiffs to South Africa to guard their diamond mines.

Bullmastiffs have been popular companions to stars, notably musicians like Christina Aguilera, Jon Bon Jovi and Bob Dylan. Some bullmastiffs have been lucky enough to star on the big screen themselves, such as Sylvester Stallone’s bullmastiff, Butkus, who appeared in Rocky when he was six weeks old. Bullmastiffs are also featured in American sports, with the Cleveland Browns’ bullmastiff mascot, Swagger.

The bullmastiff was bred to be a guard, and today they are described as “fearless and confident, yet docile” — willing to please their masters. They will set their property boundaries and defend them fiercely, only relenting when their masters accept their guests. Bullmastiffs don’t always get along with other dogs, but they do thrive on obedience and training classes. Given the right amount of attention and socialization, bullmastiffs will become an integral part of their owners’ families. 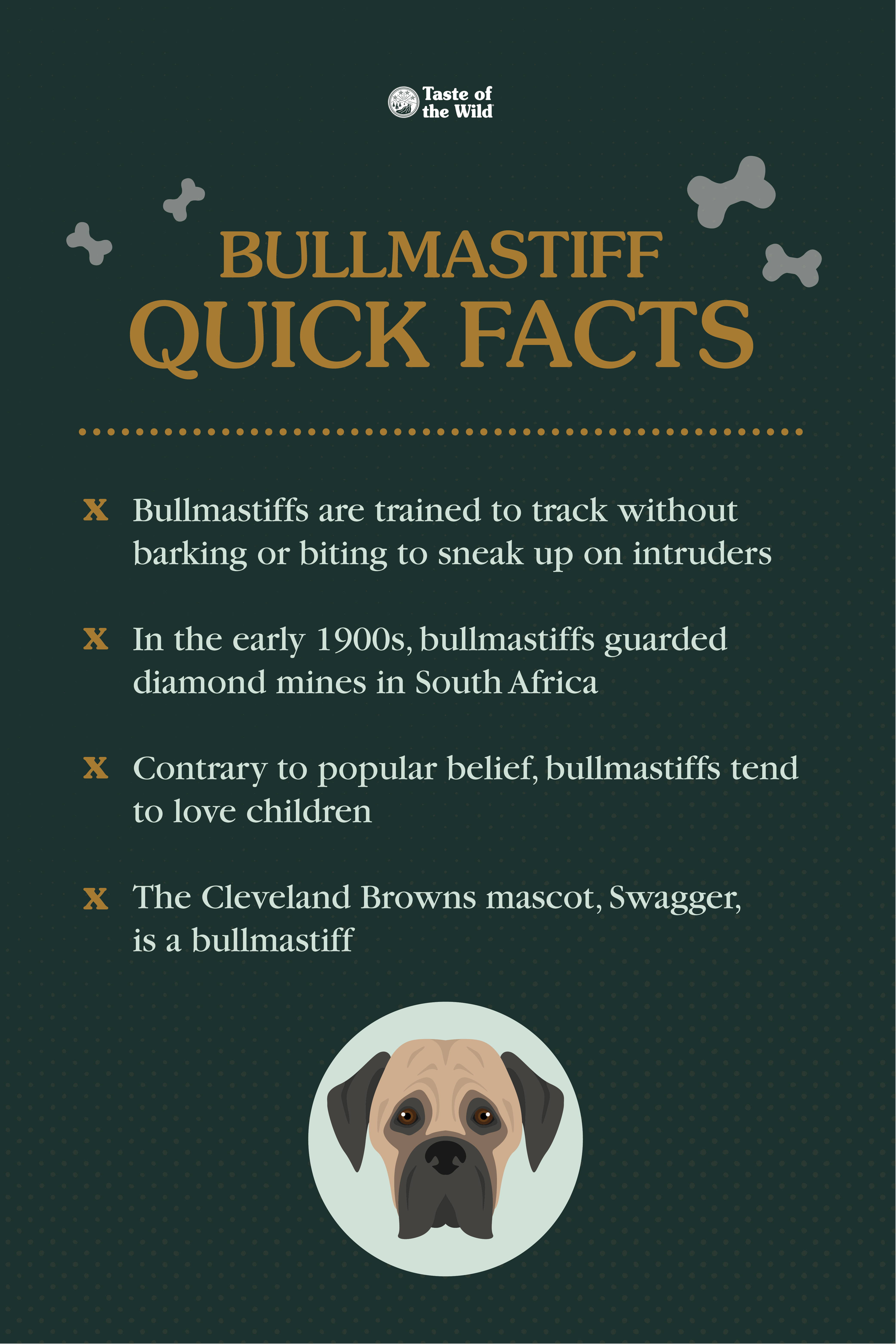