Thursday, January 27, 2022 | Behind the BreedWorking Dogs 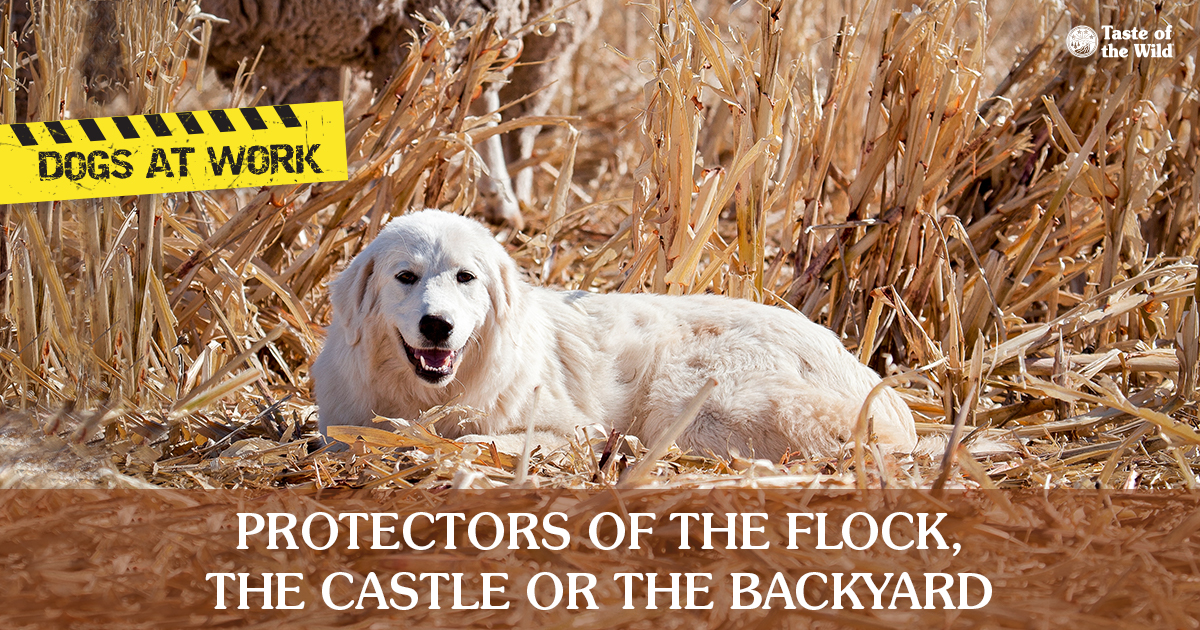 Named for the mountains that form the border between France and Spain, Great Pyrenees were bred to work beside shepherds and their flocks. They didn’t actually drive the sheep (other herding dogs were responsible for that); instead, they served as guard dogs, protecting the flock from wolves, bears and sheep rustlers.

The massive white dogs typically strode ahead of the flock to inspect the area for predators, then created a safe perimeter around the flock. Given that these dogs can reach 100 pounds or more and 32 inches in height, they created an intimidating presence — unless, of course, their thick, white coats blended with the flock or the snowy surroundings, enabling them to take intruders by surprise.

Guardians of the flock eventually became protectors of castles, with Great Pyrenees serving as guard dogs at the Chateau of Lourdes during the 15th century. Once they were named the Royal Dog of France in the court of King Louis XIV, every noble family wanted one.

Although the first pair of Great Pyrenees was brought to America in 1824 by General Marquis de Lafayette, as a gift to his friend, J.S. Skinner, author of “The Dog and the Sportsman,” the breed wasn’t recognized by the American Kennel Club until 1933.

Today, Great Pyrenees still guard livestock, but many are family companions. Given their background, they can be good rescue dogs in mountainous terrain, but they can also serve as gentle therapy dogs. They’re excellent guard dogs, even if they live in the suburbs.