Behind the Breed: Dachshund

Thursday, November 3, 2022 | Behind the BreedHealth 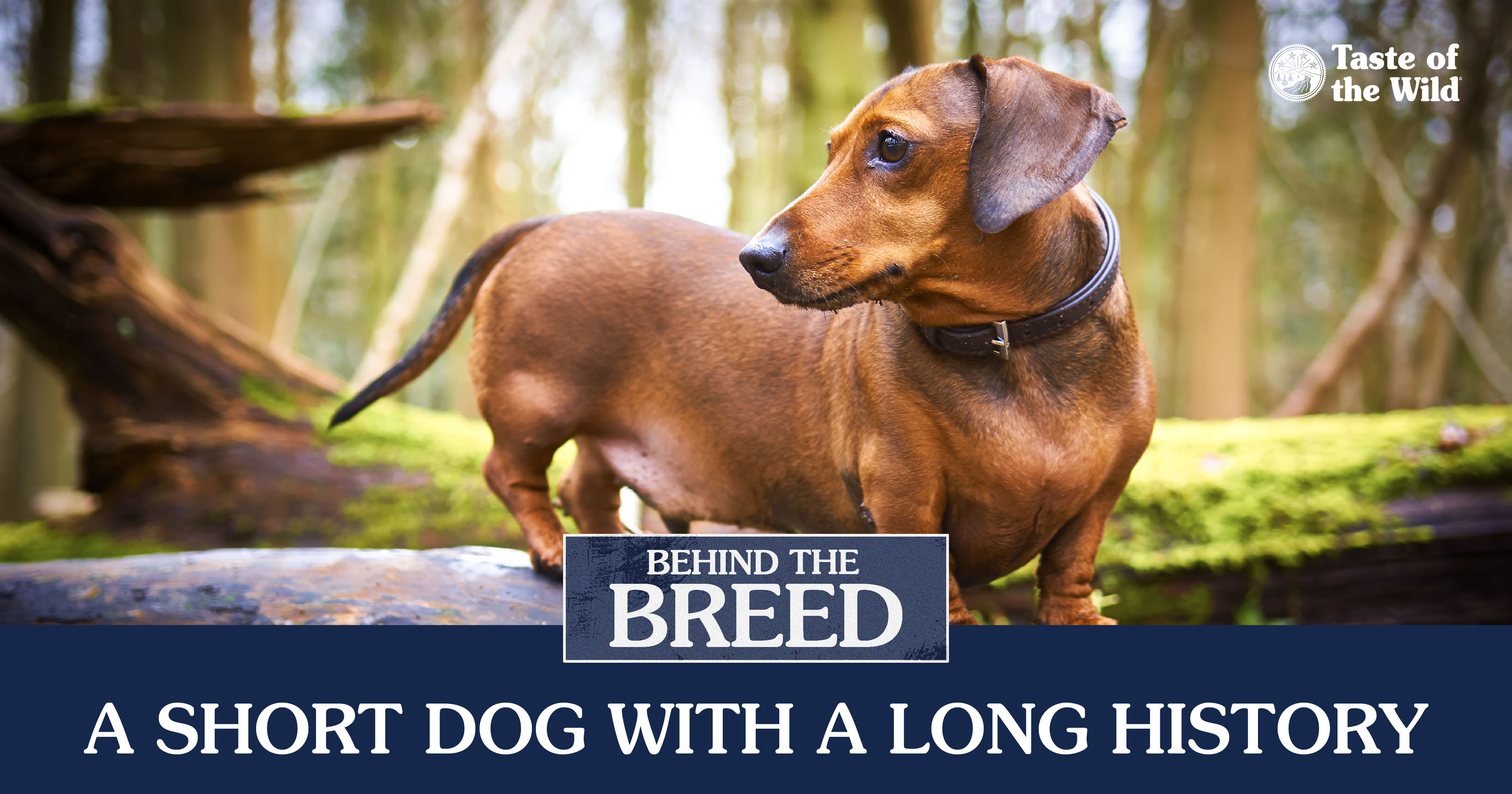 Known comically as “wiener” or “sausage dogs,” dachshunds’ low-to-the-ground silhouettes house big and fierce personalities — many owners will tell you that these lovable dogs don’t know they are short.

Dachshunds originated in Germany, and they were bred to chase and flush out badgers and other ground dwellers (the name literally means “badger dog”). Members of the hound group in the U.S. and Great Britain, the breed can trace its roots back more than 600 years. It was created by German breeders who crossed elements of several German, French and English hounds and terriers to get an effective hunter of badgers and other vermin. Their floppy ears keep seeds, dirt and other debris out of the ear canal, while their tails help owners see the dog while it’s traveling through long grass.

From joke to honor

Once sarcastically considered the symbol of Germany, many political cartoons depicted the breed in propaganda papers during WWI and WWII. However, those depictions softened a bit during the Munich Summer Olympic Games in 1972 when Germany chose a dachshund named Waldi as its mascot.

Dachshunds come in two sizes — standard and miniature — and three coat types, including smooth-haired, wirehaired and long-haired. They can be single-colored in either red or cream, black and tan, or may be marked with patterns such as merle, sable or brindle. A full-grown standard dachshund weighs in at 16 to 32 pounds, while the miniature size weighs from eight to 11 pounds.

A fun breed but not without complications

Dachshunds are playful but can be quite stubborn and are often aggressive to strangers. Because of their long backs, the breed is prone to spinal problems, often exacerbated by jumping and landing roughly, and senior dachshunds can benefit from ramps and other assistance. Obesity places a greater strain on the spinal region, so keeping them trim and fit is a must for new owners. Because of their breeding, they are skilled and accomplished diggers and can wreak havoc on gardens and backyards — but given enough exercise and playtime, these dogs can become beloved pets in any household.