Behind the Breed: Welsh Corgi 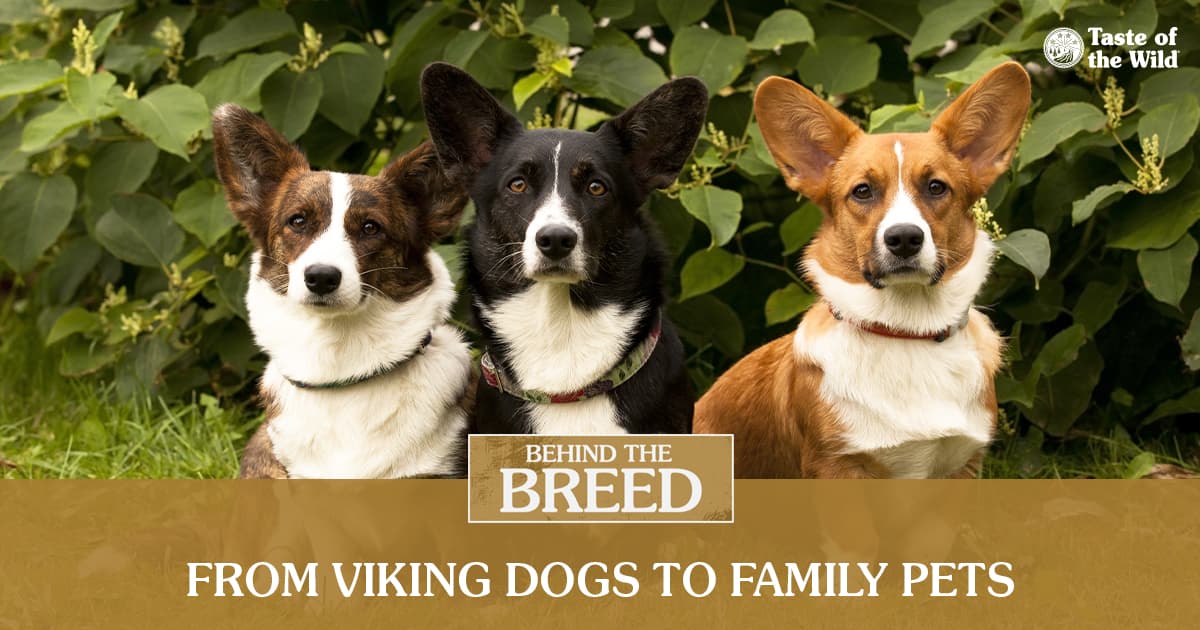 Queen Elizabeth of Britain’s love of Welsh corgis has helped make the breeds very popular all over the world. For owners of the Pembroke and Cardigan Welsh corgi breeds, a good amount of time is spent explaining the subtle differences between the two, which are distinguished by their tails — or lack thereof.

Each breed enjoys separate heritages and origins as well. Pembrokes arrived in Wales around 1000 A.D. with the Vikings and trace their roots back to Nordic breeds including the Swedish vallhund. Cardigans are even older, having arrived in the British Isles as early as 1200 B.C., and are descended from German and Celtic lines. The name corgi is derived from the Welsh words “cor,” and “ci” (which has mutated to “gi”), meaning “dwarf dog.” Welsh legend says that Corgis are “enchanted dogs” and that mythical creatures used corgis to pull fairy coaches and work and guard fairy cattle.

The tail is not the only distinguishing feature of the two breeds. Pembrokes have straighter backs and squared-off rears, making them more rectangular in appearance, whereas Cardigans have long, foxlike tails, are a little larger and heavier, and are more rounded. Pembrokes have pointed ears and Cardigans’ ears are more rounded. Both breeds are low to the ground with large, heavy heads, long bodies and short, thick legs. They’re known as “heelers,” meaning that they nip at the heels of larger animals like cattle to keep them moving.

Queen Elizabeth II has long enjoyed corgis. She and her sister, Princess Margaret, shared a Pembroke Welsh corgi nicknamed Dookie that their father, George VI, gave them in 1933. In 1944, Princess Elizabeth received a Pembroke of her very own named Susan for her 18th birthday. The queen bred at least ten generations of dogs from Susan and has owned more than 40 Pembrokes throughout the years.

Both breeds are loving and affectionate with their families and children and just want to be where you are. They also are extremely intelligent, and training is essential to keep them occupied and on their toes. With the right amount of instruction and love, you, too, can enjoy this breed fit for a queen. 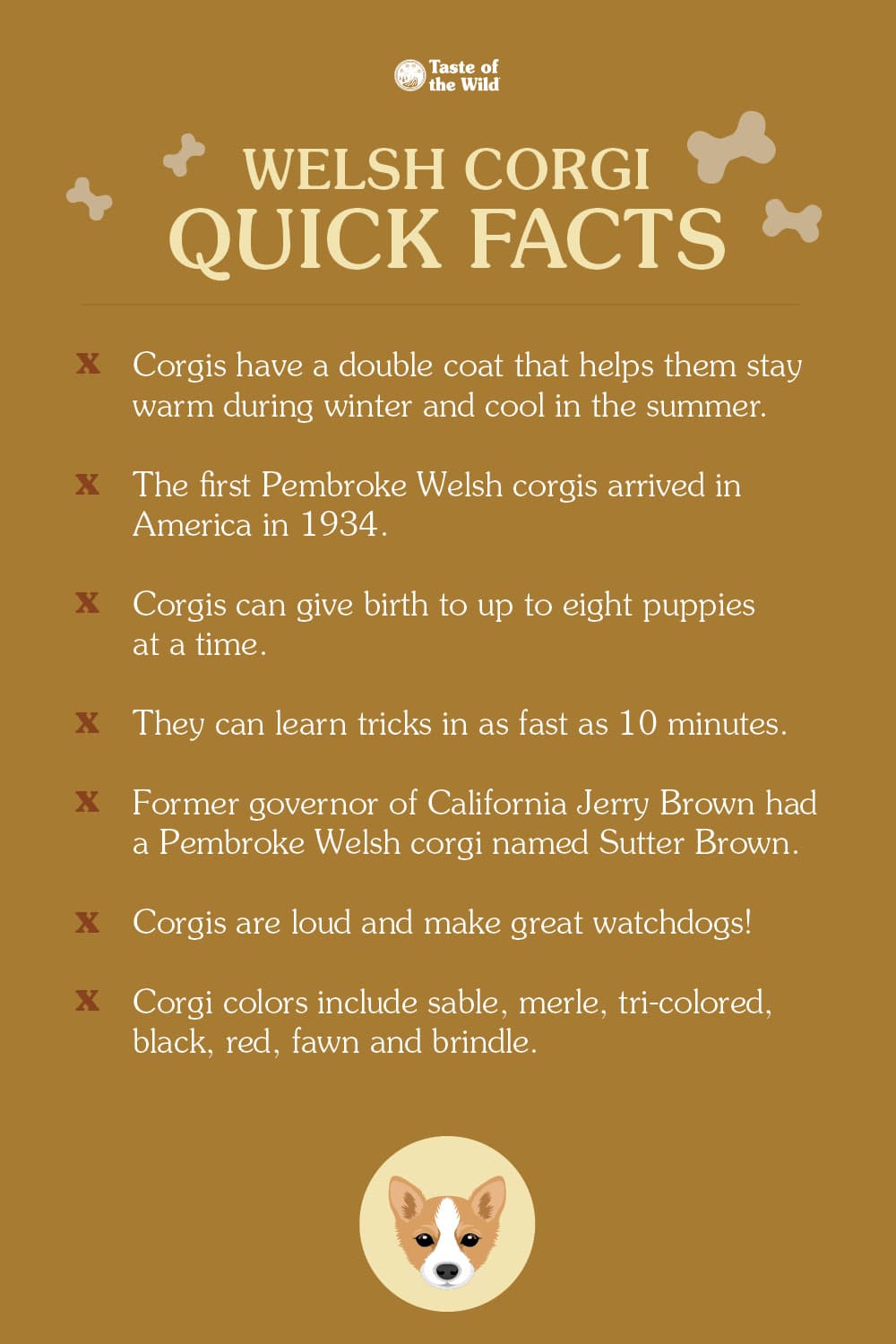