And the Award for Best Canine Actor Goes to… 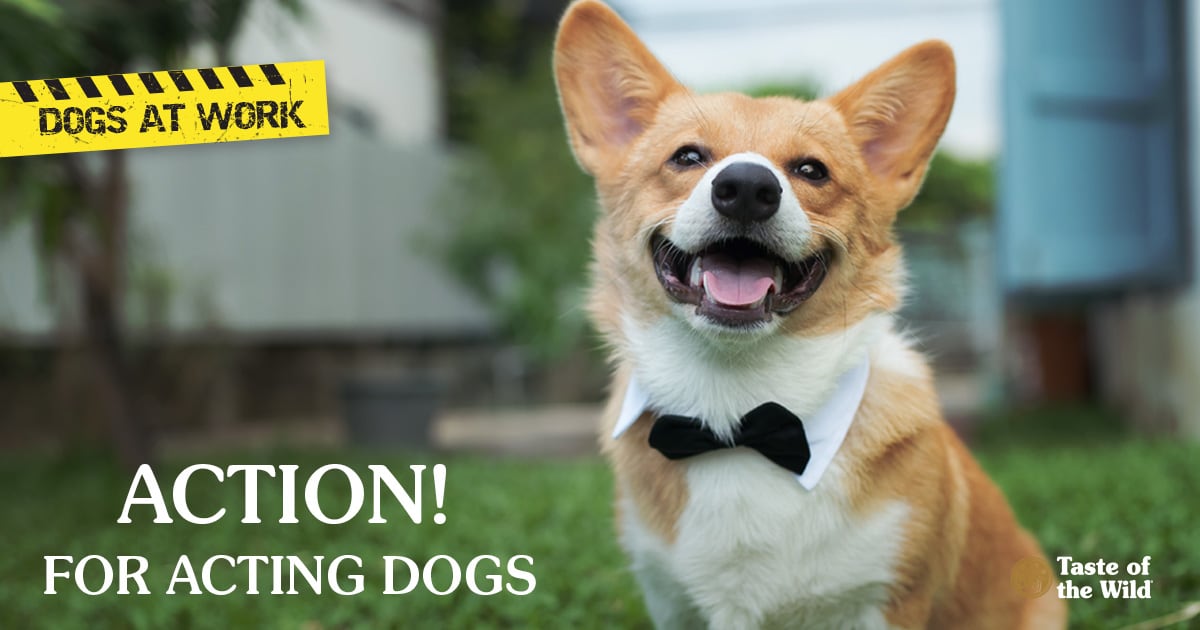 As the red carpet unfurls for this year’s Academy Awards (aka the Oscars), once again a hot topic will be “Who was snubbed?” Every year, movie lovers argue about who was left out of the big night. But not too many people will debate about one group of scene-stealers who are perennially overlooked: acting dogs.

From Lassie and Rin Tin Tin to Toto in the Wizard of Oz and Petey in Little Rascals, dogs have upstaged human actors for decades. Yet they’re still not eligible for the golden statuettes. And that’s a shame, because a lot of work goes into being a canine actor!

Acting dogs don’t have to be purebred or even blessed with beautiful features. But they do have to be well-behaved. Dogs should know basic off-leash obedience commands such as “sit,” “stay,” “come” and “lie down.” A Canine Good Citizen certification from the American Kennel Club is a good start.

Film producers also look for dogs with the right temperament that are people friendly and motivated to learn. Dogs must be able to focus and not be distracted or stressed by the bright lights and commotion on a movie set.

There are more than 40 animal talent agencies in the United States that represent not only dogs but cats, horses, birds, farm animals and even exotic critters. These agents have connections with studios and trainers and can set up auditions for roles in movies, TV shows, commercials and print ads. In return, they usually take a commission on what your pet earns.

As you can imagine, canine actors may need a few more tricks up their sleeves than your average pooch. For some parts, dogs may be asked to cock their heads, appear dejected, or move a mark on the floor and stand, all on command. That’s where acting classes and special trainers can help.

Film shoots can make for a long day. Crews often have numerous look-alike dogs on hand in case one dog becomes sick, stressed or tired, or if a dog needs to be portrayed at different ages. To make Marley and Me, for example, 18 different yellow Labrador retrievers were used. In My Dog Skip, a Jack Russell terrier named Enzo played most of the scenes. But Moose from Frasier stepped in for the role when Skip was older.

The Watchdog on Set

To ensure animal safety, welfare and humane treatment, the American Humane Association usually has representatives on set for movies, TV shows and commercial photo shoots. Each year, they oversee and help protect more than 100,000 animal actors on more than 1,000 sets around the globe. A film cannot include the “No animals were harmed” credit unless they follow the organization’s Guidelines for the Safe Use of Animals in Filmed Media.

Acting dogs seldom get their own dressing rooms or seven-figure salaries. Average pay for a full day’s work runs around $200 to $400.

But if the dog hits it big, like Higgins, who played “Benji” in movies and TV shows, he can demand a much higher rate. Although his owner won’t report exact figures, it’s estimated that Benji’s acting gigs plus his line of novelty gifts generated about $200 million.

Moose, the dog on Frasier, is reported to have been paid $10,000 per episode. But few canine actors ever reach that level of stardom.

Although canine actors such as Lassie, Rin Tin Tin and Strongheart have stars on the Hollywood Walk of Fame, canine actors continue to be shut out of the Academy Awards. But things may be changing: A few years ago, Uggie, the Jack Russell terrier in The Artist, accompanied his co-star Jean Dujardin on stage when Dujardin was bestowed a Best Actor award.

And the Cannes Film Festival now recognizes canines with the Palm Dog Award. So can it be long before dogs receive equal billing on the red carpet in the United States?

Indoor vs. Outdoor: Which Kind of Cat Owner Are You?