Movies to Watch with Your Dog This Holiday 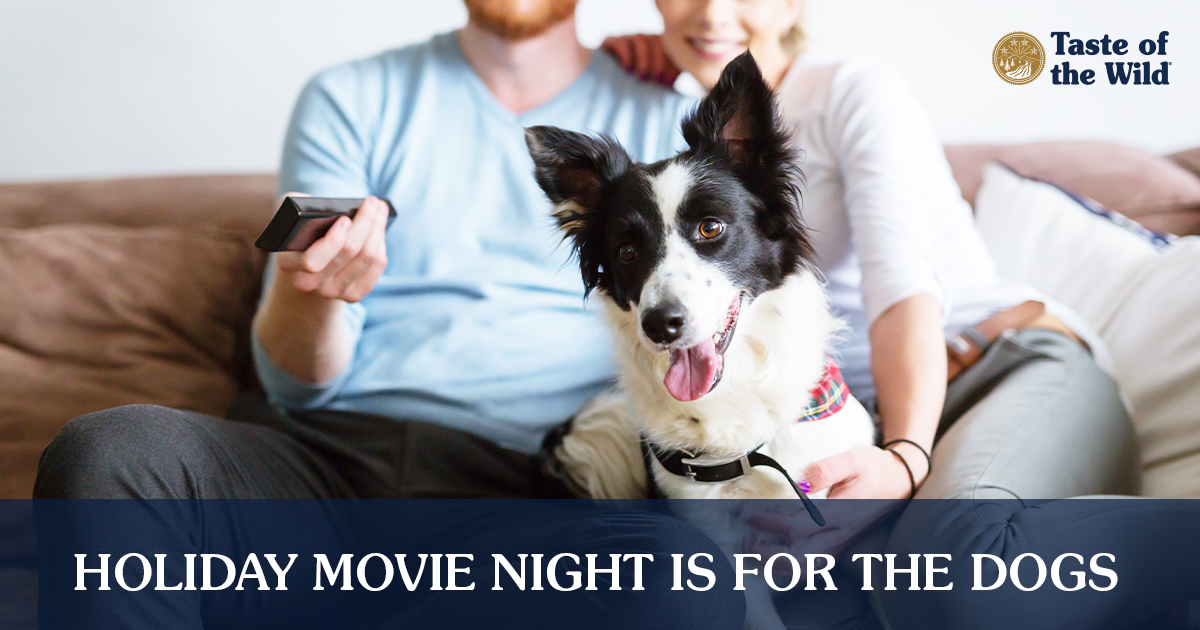 Only so much eggnog and sugar cookies can be consumed before your family eventually plops on the couch, ready to snuggle in for a traditional evening of movies. But since your dog is truly a part of your family, why not let him or her pick the flick this time? Here are a few holiday pet movies, or just pet-related movies to watch on the holidays, that might just keep your pooch on the edge of their seat.

A Dog Named Christmas — In this Hallmark Hall of Fame feel-good movie, a young man with a learning disability shows just how powerful the unconditional love for animals can be. When the local animal shelter launches a campaign to promote dog adoption for the holidays, the boy puts his all into convincing the people of his midwestern town to participate.  At the same time, one dog in particular captures his heart.

Hachi: A Dog’s Tale — A classic tear-jerker based on the true story of an Akita owned by a college professor in Japan during the 1920s. Starring Richard Gere, this story recounts the unfaltering loyalty of a dog for his human.

I Want a Dog for Christmas, Charlie Brown — What kid doesn’t dream of a puppy under the tree with a red satin bow around its neck? So it goes for Linus’ little brother, Rerun. In this Peanuts’ classic, Rerun sets his sights on bringing Snoopy’s less civilized brother Spike into the family.

A Dog’s Purpose — Told through the eyes of a golden retriever named Bailey, this comedy-drama explores one dog’s search for his purpose in life. After being reincarnated several times as different dogs, Bailey forges a special bond with a boy named Ethan and learns the importance of living for today and finding a soul mate.

The Incredible Journey — But what about cats, you ask? This golden oldie follows three pets — a Siamese cat, a Labrador retriever, and an aging bull terrier as they travel 250 miles across the Canadian wilderness in search of their family.

Togo — This true adventure/drama is the story of dogsled trainer Leonhard Seppala, his lead sled dog, Togo, and their treacherous trek across Alaska to deliver lifesaving serum during the 1925 diphtheria epidemic. As a newborn, the Siberian husky puppy is sidelined due to his small size, but his oversized energy convinces Seppala, played by Willem Dafoe, that the dog has what it takes to lead the pack.

The Search for Santa Paws —In this heartwarming fantasy/adventure film, Santa’s head elf brings a stuffed dog to life, which Santa names Paws, and the jolly guy vows to be his best friend for life. When the pair travel to New York, Santa is hit by a cab and loses his memory. Paws teams up with a young orphan named Quinn, her friend, and a group of magical talking dogs to help save Santa and show the real meaning of the holiday.

Isle of Dogs — In this gorgeous stop-motion, animated, science fiction comedy by Wes Anderson, all the dogs of Megasaki City are exiled to Trash Island. When 12-year-old Atari flies over the river in search of his guard dog, Spots, he teams up with a pack of mongrels to help change the trajectory of the city.