The Dog Aging Project: Could Your Dog Actually Live Longer? 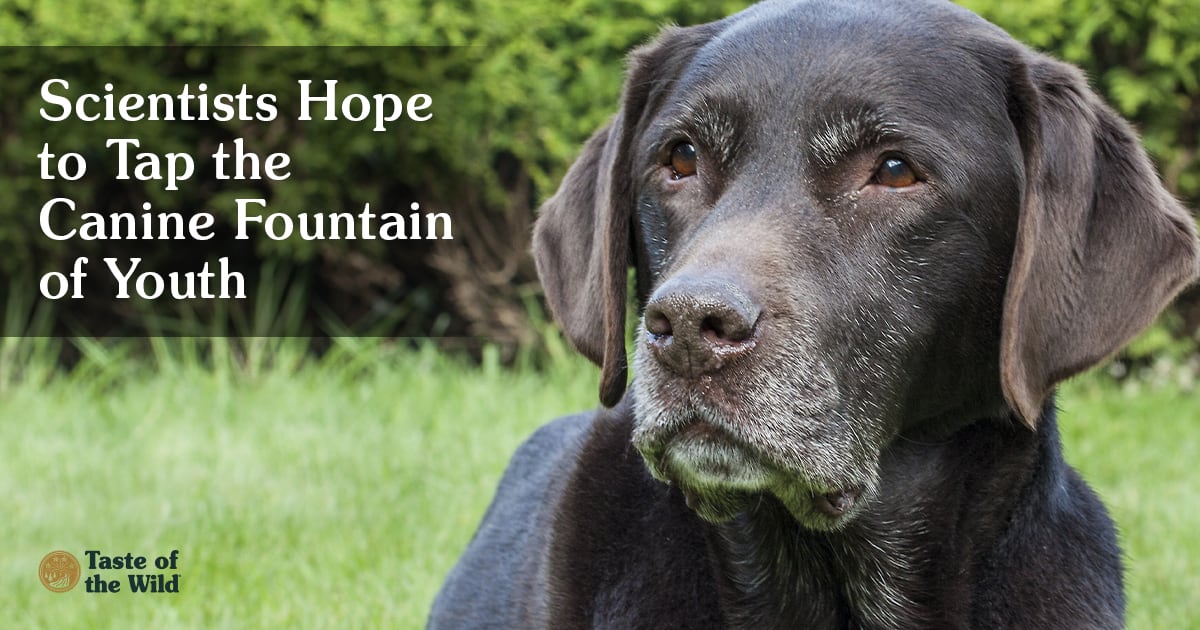 The reason dogs live such short lives, according to Sir Walter Scott, is out of “compassion for the human race.” Given how much we suffer at the loss of a dog after about a decade, he surmised, the pain of parting would be that much worse if they were to live any longer.

If given the option, however, most owners would gladly take an extra two to five years of life with their dogs. In a few years, that could be possible — at least if the scientists at the University of Washington have their way. Extending the canine life span is one of the outcomes they hope to accomplish with the Dog Aging Project.

But they don’t just want to add a few more years to life — so dogs have longer to suffer from age-related diseases — they want to add more healthy years, free of chronic disease or disability. To help improve canine health and longevity, researchers are enlisting the help of dog owners, veterinarians and scientists across the country in two ambitious studies.

Pinpointing the Causes of Aging in Dogs

One part of the Dog Aging Project includes a long-term study of aging in pet dogs. With a goal of enrolling 10,000 dogs from across the United States, the study will follow each pet to learn what biological and environmental factors contribute to aging and disease.

As part of the first national longitudinal study of aging in dogs, researchers will track everything from environmental water and air quality to nutrition to help determine why some dogs succumb to disease and die early, while others live to a ripe old age without debilitating conditions.

In this way, researchers can identify valuable aging data in just a few years, a feat that would take decades if the same studies were performed in humans.

Can a Drug Slow the Aging Process?

The second part of the Dog Aging Project includes testing the effects of rapamycin, a drug based on bacterial byproducts found in the soil at Easter Island. The study aims to determine if the drug can slow down the aging process and delay the onset of age-related diseases in middle-aged dogs.

At low doses, the drug has been shown to slow aging and extend the life span of mice by up to 25 percent, with very few side effects. The drug has shown similar effects in roundworms, fruit flies and yeast, demonstrating that it may be possible to tinker with the aging process to our benefit. Rapamycin has also been used in humans at high doses to battle cancer and help prevent organ rejection in transplant patients.

In the first phase of this study, which was performed with a small number of dogs, the FDA-approved drug appeared to improve heart function in some dogs after only a few weeks.

Scientists aim to enroll more dogs across the United States for a longer period of time in the next phase of the study. With close monitoring by veterinarians, middle-aged dogs will be given rapamycin for three to five years. Scientists will evaluate the drug’s effect on a number of conditions, including heart function, immunity, mental function and the incidence of cancer.

The hope is that the drug will delay the onset of many age-related diseases, making it possible for dogs to live longer, healthier lives.

Because dogs share about 75 percent of their genes with humans, the findings from these studies may hint at how genetics, environment and the drug rapamycin impact the human aging process.

But for dog owners, the real benefit of the studies may be more years of active hiking, ball throwing and snuggling with their dogs.

Indoor vs. Outdoor: Which Kind of Cat Owner Are You?