Can Your Kitten’s Food Impact Their Health as an Adult? 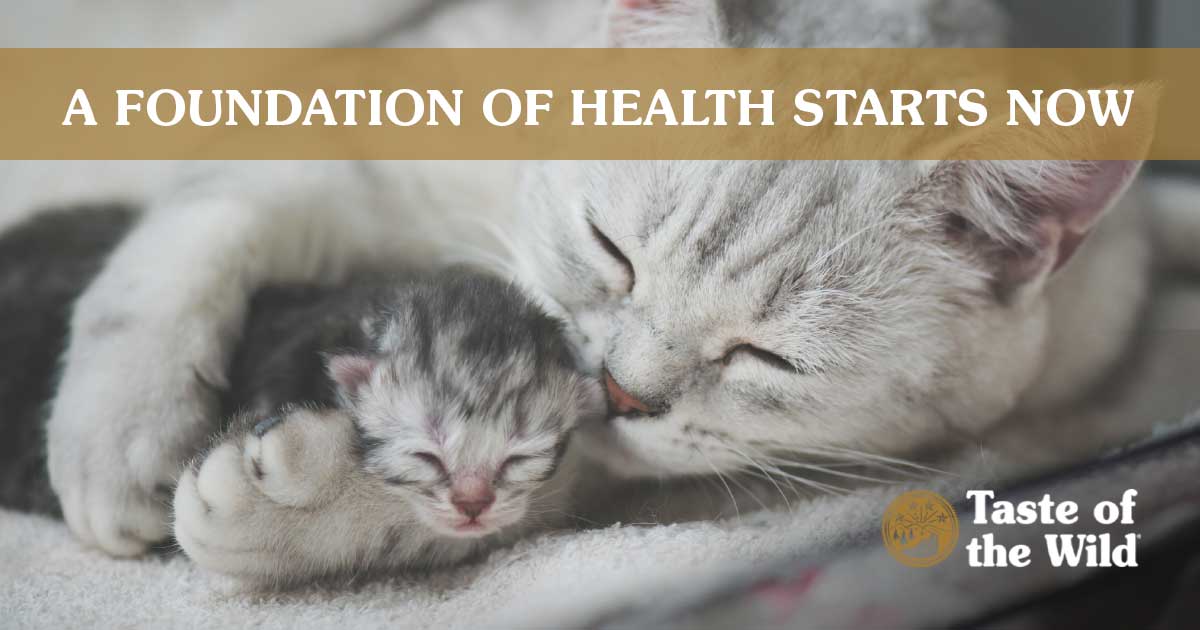 Those first few months of a kitten’s life are a critical developmental time. That’s when they sprout baby teeth, change eye color and develop the coordination to climb your drapes. During the primary socialization window, between 3 and 9 weeks of age, kittens learn to grow accustomed to new people, pets and places.

Now, research shows that what happens in those early weeks could also influence your cat’s gastrointestinal (GI) health later in life.

The importance of early-life events

In both dogs and humans, early experiences can lead to chronic GI diseases, according to research. Pups who survive parvovirus, a potentially fatal infection often causing intestinal damage, are more likely to experience gastrointestinal problems as adults. Infectious GI problems in humans can be a risk factor for developing inflammatory bowel disease (IBD) later in life.

That led researchers at the University of Bristol Veterinary School in the United Kingdom to wonder if the same might be true for cats.

To help reach an answer, a total of 1,212 kittens were enrolled in the study. Owners completed questionnaires about kitten nutrition, frequency of vomiting and/or diarrhea and evidence of intestinal worms when kittens were 2 to 4 months of age. They also submitted answers to those questions when cats were about 6, 12, 18 and 30 months of age.

Of those cats, 30 presented to their veterinarians for vomiting and/or diarrhea two or more times between 6 and 30 months of age. Researchers reviewed questionnaires from before 4 months of age to determine if there were any early risk factors common among the cats with GI problems later in life.

Cats that experienced at least two GI problems between the ages of 6 months and 2-1/2 years often had the following in common before 4 months of age:

1. Kittens that were NOT consistently fed a commercial diet from a reputable manufacturer were more likely to experience GI problems when they were older. A portion of the questions in the study were aimed at pet food manufacturers to determine the nutritional expertise of those devising the diet, how ingredients are sourced and other general quality control measures. The lesson? Feeding kittens a consistent diet from a reputable manufacturer may help reduce the risk for GI troubles later in life.

2. Kittens who experienced vomiting and/or diarrhea before 4 months of age were at risk of having GI trouble when older. Although it’s not known what caused GI problems early in these kittens’ lives, it’s suspected that early GI inflammation may trigger the digestive tract immune system to overreact, or alter the balance of bacteria in the digestive tract, ultimately leading to GI problems at a later date.

More research to help determine the specific causes of GI upset in kittens, and ultimately adults, may identify risk factors for kitten owners to avoid in the future.

The paper with these findings, published in a British veterinary journal, is just one part of the larger Bristol Cats study. Since its inception in 2010, approximately 2,200 kittens have been enrolled in the study. Researchers hope to follow the cats for a lifetime and discover more information about GI disease and other early-life risk factors that may have health and behavior consequences later in life.

Dogs at Work: Shining a Light on Invasive Lanternflies