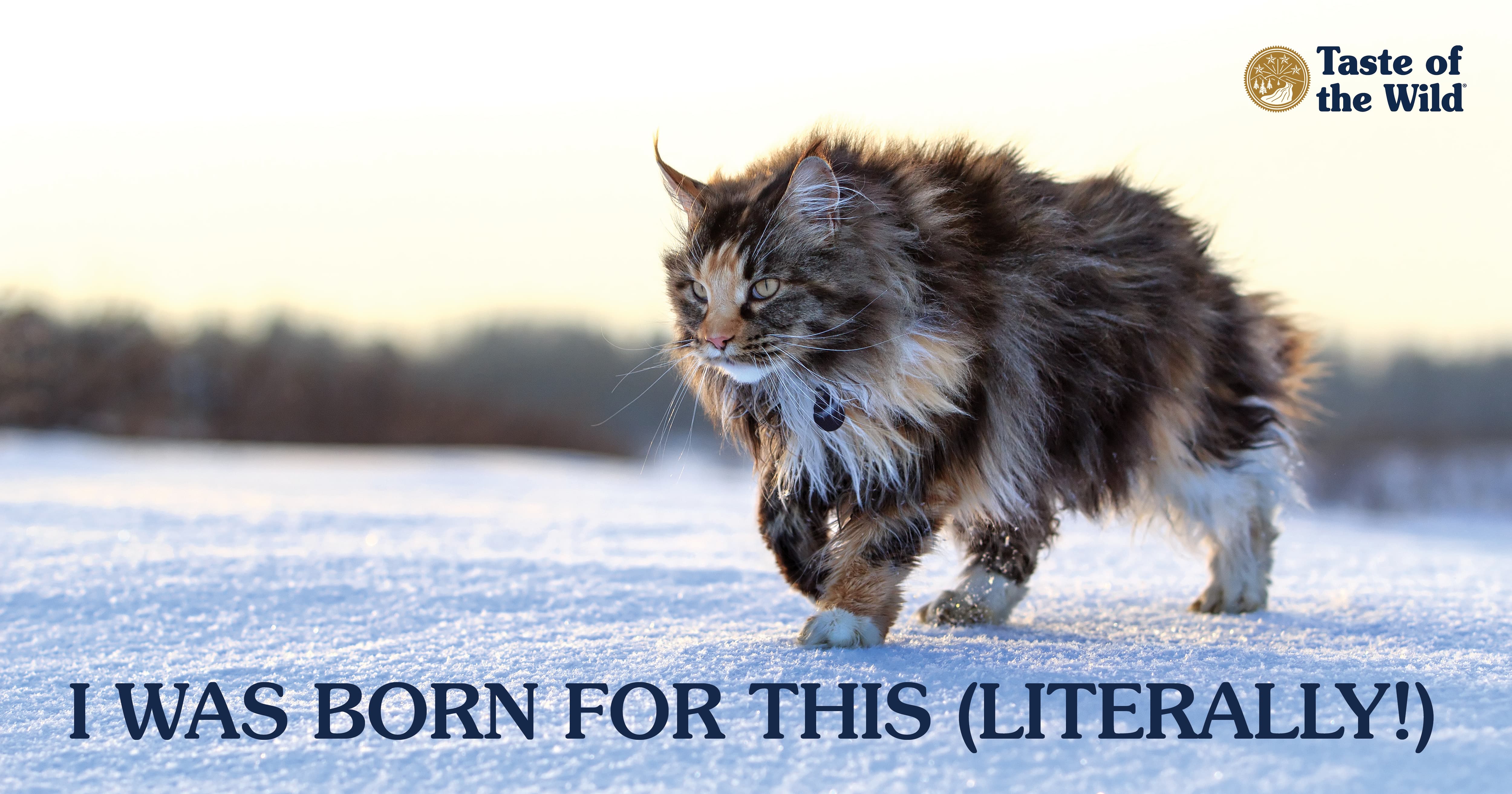 “Winter Wonderland” might be a song humans are humming this January, but not all cats enjoy the dropping temperatures. However, some cat breeds have developed the physical traits to not just survive but even enjoy colder climates. If you live where the winters are harsh (or, let’s be honest, even if you don’t), these might be the cats for you. 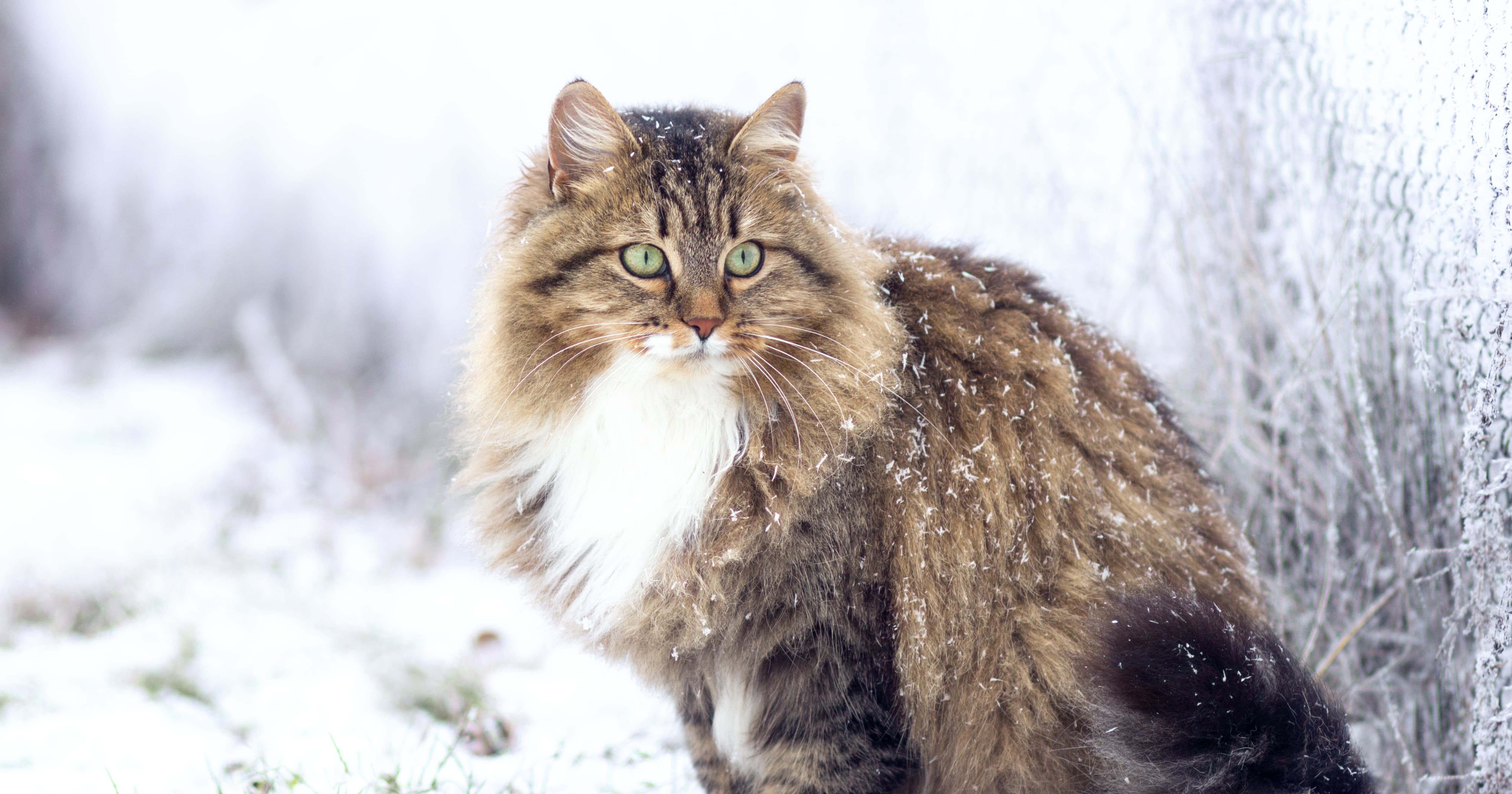 The title for most cold-resistant feline goes to Siberian cats. While this fluffy feline was officially recognized as a breed in the late 1980s, they were actually introduced in Siberia as early as the 17th century as a way to control the rat population.

Since Siberia is known for some of the coldest temperatures in the world, these cats went on to grow dense heavy coats to survive. Their fur became resistant to moisture and their ears are also well-insulated. This additional fluff has helped them survive temperatures as cold as 5– 14 °F until they could find shelter to hunker down.

When adapting to harsher climates, this breed developed a keen ability to think and plan ahead – making them excellent hunters and survivalists. As a house pet, you’ll notice their high level of intelligence shine through when they play or strategize their next move. 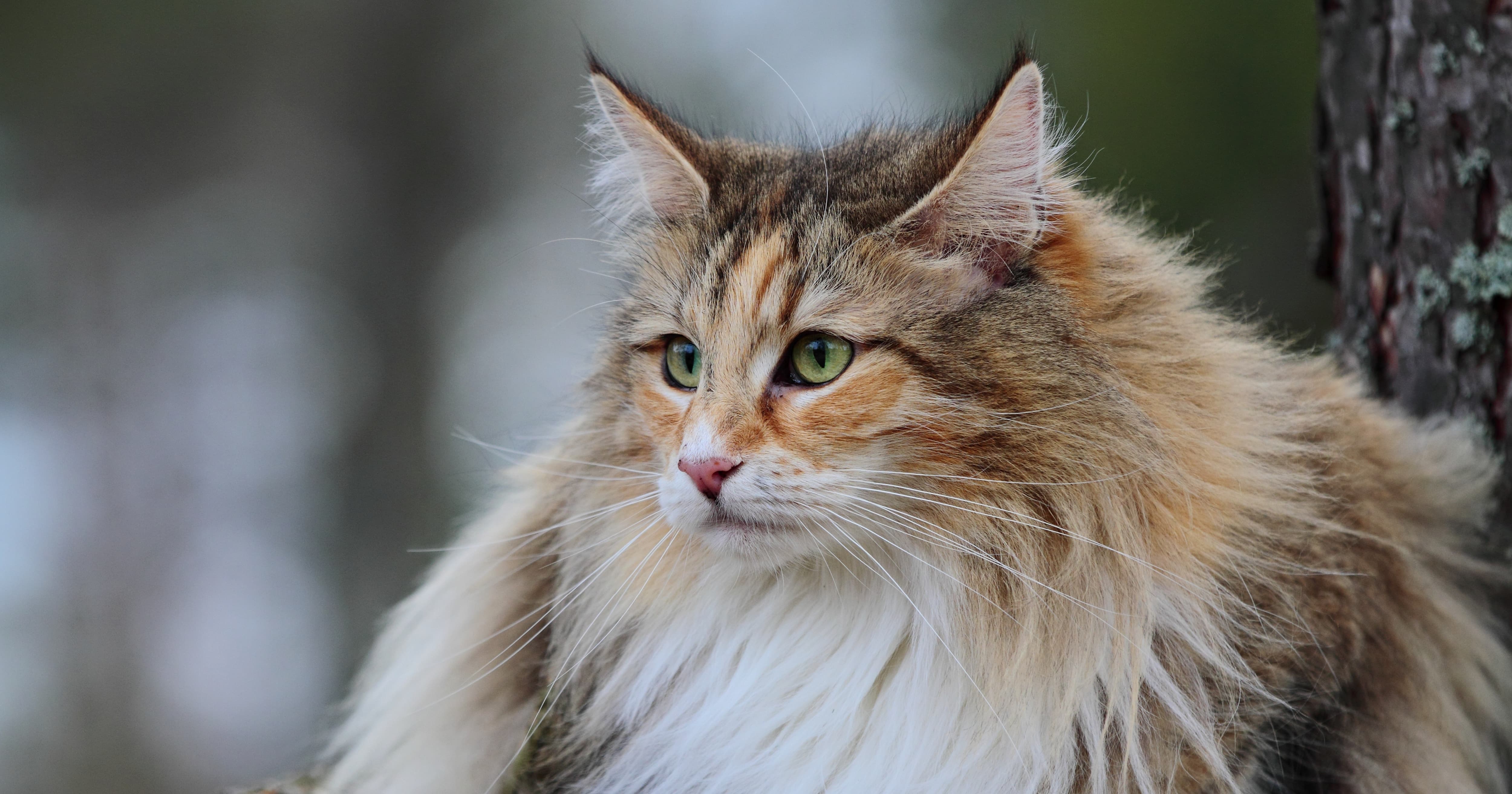 Norwegian forest cats are dense-coated felines with a mysterious origin. Legend has it that this breed was the real-life inspiration for the myth of Norwegian skogkatts — large cats who lived in the mountains and had a magical ability to climb extremely rocky terrain with ease.

Norwegian forest cats are also known for their ability to run down a tree headfirst. How? This breed has sturdier claws than most cats — likely developed to survive that rocky terrain.

A cousin to the Maine coon, the Norwegian forest cat is known for its big body, bushy tail and double-layered coat used to repel moisture. As they’ve adapted to surviving snowy climates in Scandinavia, this breed has also developed tufted ears and toes to serve as natural ear warmers and booties. They’re friendly to children and usually adaptable to other pets, making them perfect family cats. 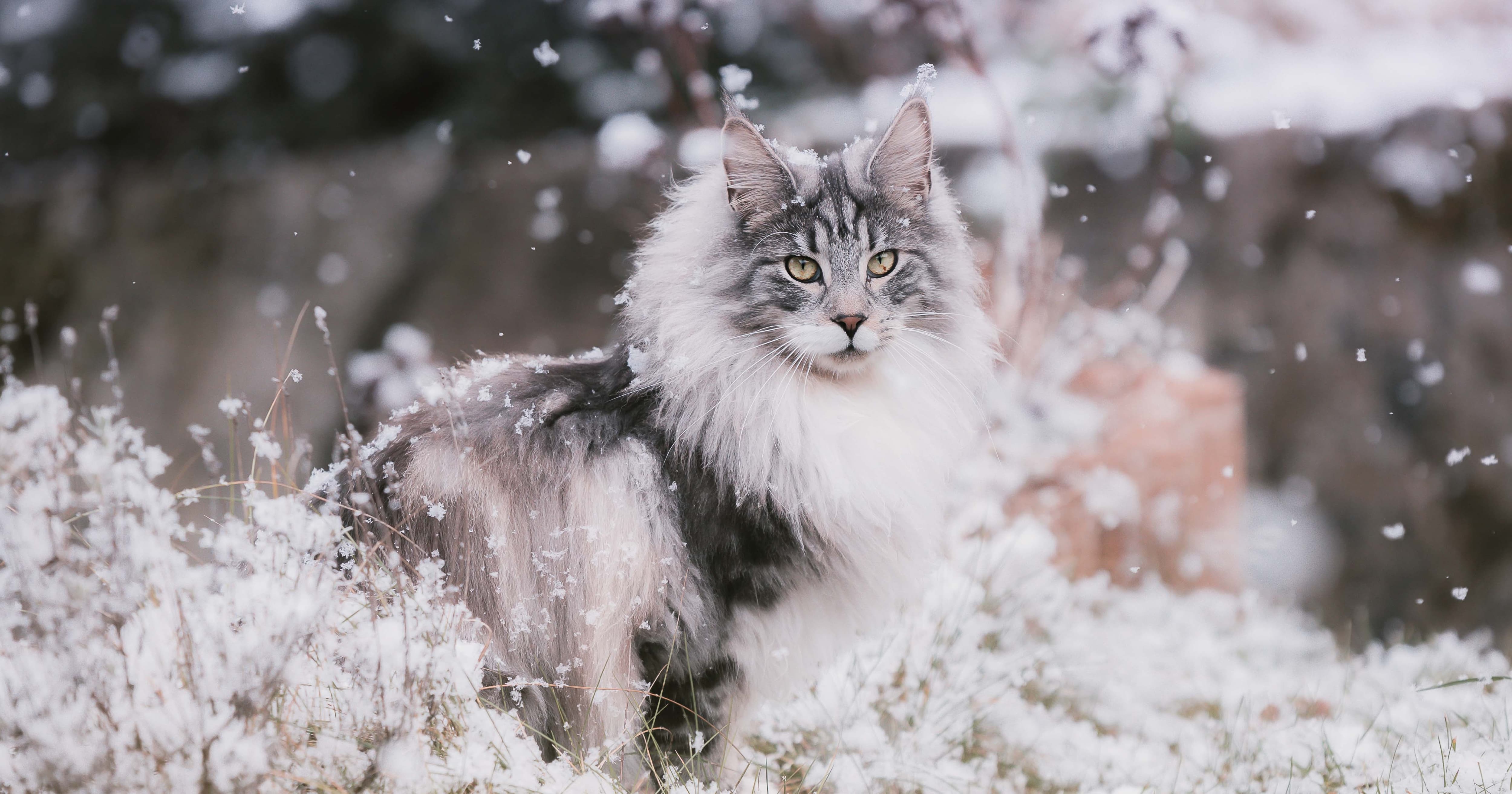 The exact age and origin story of the Main coon is still a mystery to researchers, but one thing we know for sure is that many members of this breed love spending time outside in the winter.

Maine coons have adapted to colder elements by growing a thick, luscious, semi-water-resistant coat — perfect for repelling snow and staying warm. Another unique feature this large-bodied feline possesses is winter-ready paws. Their large, wide paws act like snowshoes in the winter, preventing them from sinking into the snow as they walk. It’s a great feature to develop in a state that sees an average of 50 to 70 inches of snow along the coast and 60 to 110 inches of the winter precipitation inland.

Maine coons can be great family pets because they’re super friendly and affectionate. And they draw attention due their size: The average male Maine coon weighs more than 15 pounds, while females regularly top 10 pounds. The largest of the breed can approach a whopping 25 pounds! 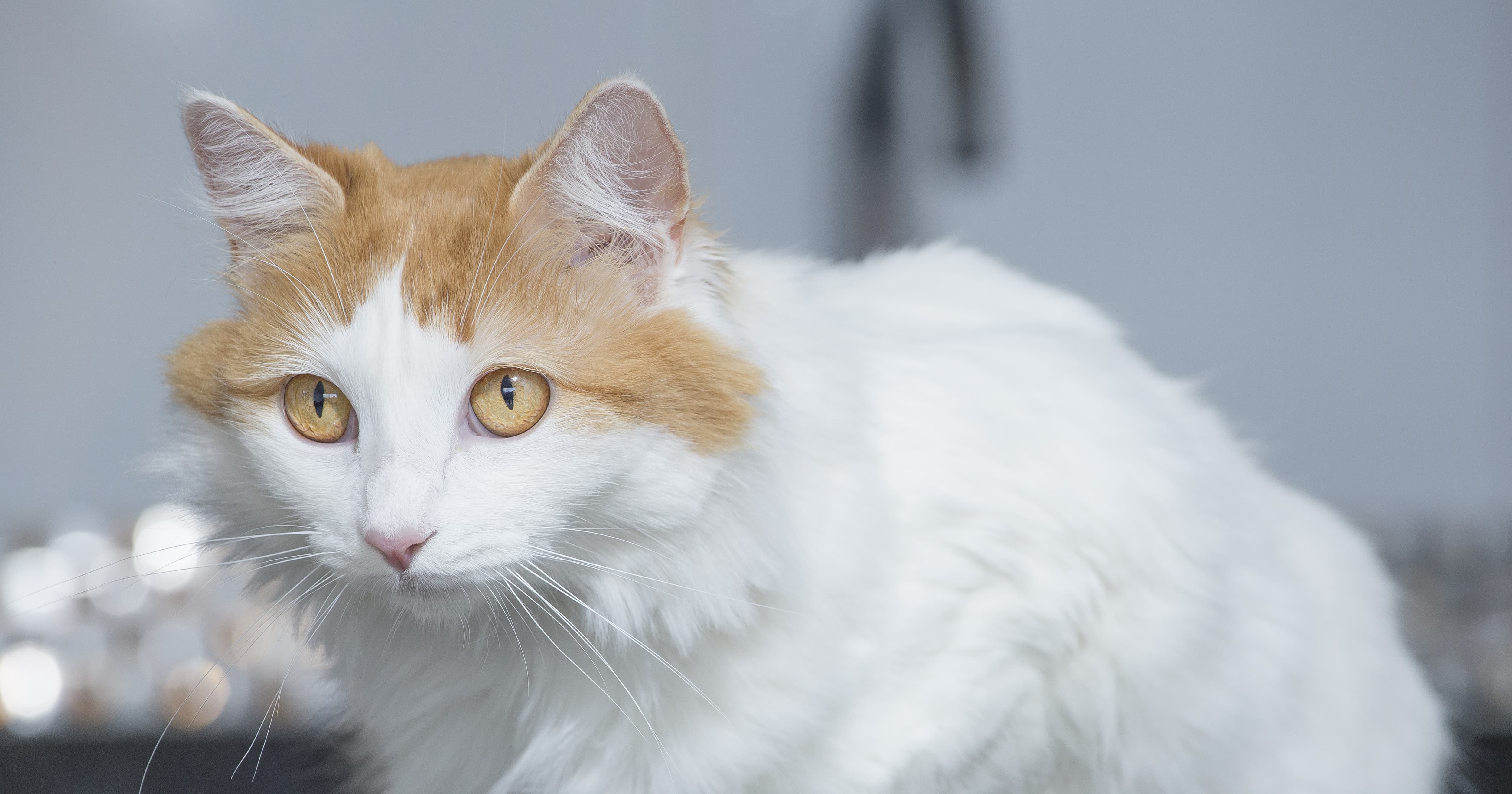 Turkish vans are a large, rugged and rare breed that dates back to ancient times. This active breed originated in the Lake Van area of Turkey. The vast geographical origins have caused the breed to develop a unique ability that lets their coats adapt to a wide range of climates.

When temperatures begin to drop, the Turkish van’s coat becomes longer and thicker, and tufts of hair emerge between their toes. They have a water-resistant, single-layer coat for enduring winter elements or staying dry after going for a swim in warmer months. Yes, we said swim! Another unique characteristic of Turkish vans is their love for water. A Turkish van is a strong, capable swimmer.

If you ever own a Turkish van, you’ll frequently find them in the elevated locations in your dwelling. When adapting to the environment in Europe and Asia, this breed developed strong hind legs and a fondness of jumping and climbing to see their surroundings — likely needed for survival.

Even though these cats have a history of surviving winter weather, it doesn’t mean these bundles of fur should be left out in freezing temperatures for very long. They can stand to be out in colder temperatures compared to most cats, but they do need a warm shelter when temperatures fall below 30 °F. Hardy felines can still suffer from frostbite and hypothermia!

Note: Most cats cannot tolerate anything below 45 °F for too long. Bring your pets inside or provide them with a warm refuge to prevent frostbite on their ears, tails and paws.

Behind the Breed: Cocker Spaniel