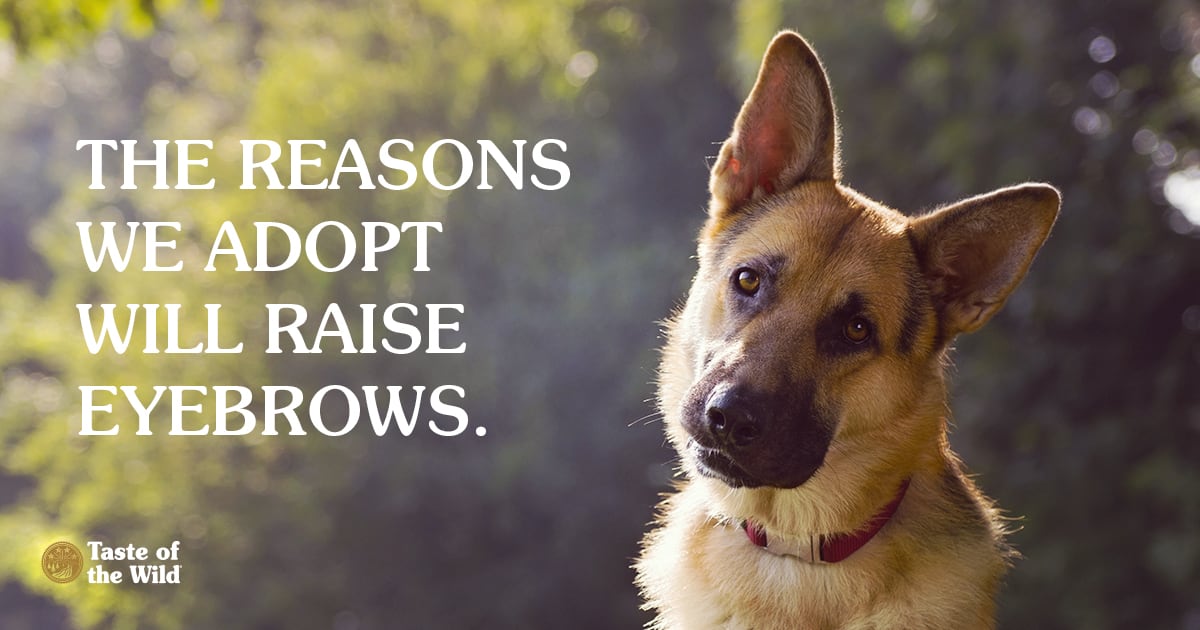 When choosing a pet to adopt, what makes you more drawn to one dog or cat over another? Obviously, you may have a preference for certain breeds, coats or activity levels. But what else influences our adoption choices?

It probably comes as no surprise that puppies and kittens have a better chance of finding a home than their older counterparts. In a Priceonomics study of pets listed on the Petfinder website, 95% of puppies were adopted, but the percentage fell to 76% for adult dogs and 68% for seniors. While 82% of kittens were adopted, the older cats had a harder time finding a home, with just 60% of adults and 54% of seniors adopted.

But are there other, more subtle factors that influence which dogs or cats you choose? Lucky for you, scientists have pondered the same thing.

For Dogs, the Eyebrows Have It but Their Tail Tells No Tales

Evolutionary psychologists theorize that raising the eyebrows makes a dog’s face appear more like a puppy, a behavior wolves may have exploited during the domestication process long ago. At the same time, they caution that eyebrows are often raised when humans express sadness, so it’s possible that elevated eyebrows simply tug a bit more at our heartstrings.

In addition to examining the influence of different facial expressions on the speed of adoption, the scientists also looked at the duration of tail wagging and how often the dog came to the front of the kennel, in close proximity to the human. Surprisingly, the longer a dog wagged its tail, the less quickly it was adopted.

With Cats, It’s a Different Story

If facial expressions can impact the speed of dog adoption, can the same thing be true for cats? In 2017, scientists studied shelter cats for numerous facial, body and tail movements, as well as whether cats approached the front of the cage during the encounter with a person.

As it turns out, no amount of eye batting, head turning or ear swiveling had a significant impact on how soon cats were adopted. What’s the most important factor, according to this study? Cats who rubbed their bodies on furniture and toys more often were re-homed about 30 percent faster than those who didn’t.

Can Shelters Use This Research?

Since many potential pet owners first shop for pets online, is there anything shelters can do to tip the scales in certain pets’ favors? Yep!

A study that reviewed online photos of Labrador retriever mixes found that there’s no mystery here — photo quality had the greatest impact on the speed at which dogs were adopted. Also, dogs found homes sooner if they looked directly into the camera and if they were portrayed standing up in an outdoor location.

Another study looked at the popularity of cats, based on number of clicks, on Petfinder. In this case, the only photographic variable that had an influence on cat popularity was the inclusion of toys. Photos that included toys tended to receive more clicks per day, which may be one way to spotlight cats who may otherwise be overlooked.

Whether looking at adoptions in person or online, a number of factors play into your decision. No matter what the research says, find the pet that’s right for you. Even if it’s a tail-wagger!