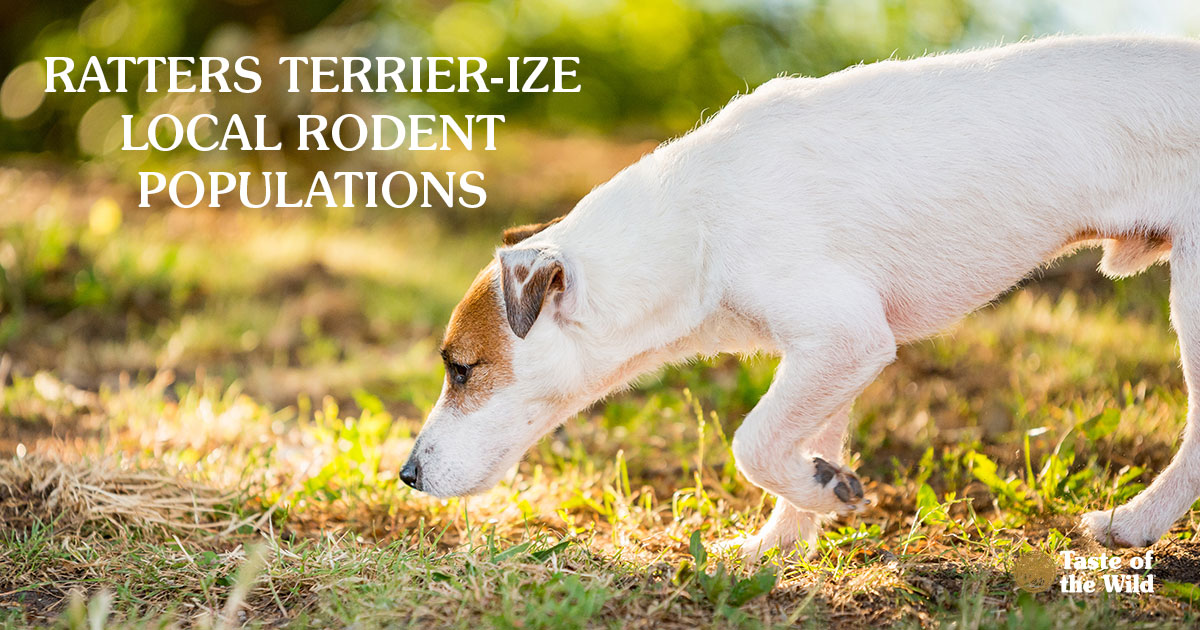 At the American Kennel Club Earthdog competition, terriers and other small breeds race through tunnels in search of rats. No rats are harmed, the AKC is quick to point out, because the rats are in cages, safe from canine jaws. Dogs win by simply finding the rat and barking within an allotted time. The whole point is to let dogs compete in a sport they were bred for years ago: rat catching.

A history of chasing vermin

A few centuries ago in Europe, when rural living meant rodents inevitably lived in close company with humans, rats became the scourge of every farm for destroying food sources and spreading diseases such as the plague.

Rats have been an issue for humans for so long that they star in multiple tales and legends. In 1284, German lore has it that the Pied Piper of Hamelin lured the town’s rats to their death in a river, only to kidnap the town’s children when he wasn’t paid. Jack Black, a famous British rat catcher, is said to have kept rat-baiting competitions stocked with his catch at the end of the 19th century. Spectators made bets on how fast dogs (mostly terriers) could kill all the rats released into a pit.

Eventually, farmers learned that dogs, especially those of the terrier sort, eagerly picked up the idea of rat catching, earning them a permanent home on the farm. In the 1800s, ratters were sent down mine tunnels and patrolled cotton mills and inns at night, lightening the rodent load wherever they went. Terriers even worked in the World War I trenches, where rats were attracted to dead bodies and human waste. The dogs made quick work of the rat population and provided comfort to soldiers.

An instinct to hunt

Ratters tended to be terrier breeds, such as rat terriers (obviously), Jack Russell terriers, Norfolk terriers, Yorkshire terriers, Sealyham terriers and Cairn terriers. Other rodent-chasers included dachshunds, miniature schnauzers and German pinschers. To this day, many of these breeds are known for digging, barking and investigating any marauders that dare enter the yard.

If you have hamsters, bunnies or other small pets around the house, beware: ratting breeds can easily mistake them for prey if the creatures make quick movements in their vicinity.

Still on the job

Ratting dogs are still valued for their rodent-killing prowess. Just ask the members of the Ryder’s Alley Trencher-fed Society (R.A.T.S.), a group of dog owners who prowl New York City streets and alleys at night, ridding the city of small varmints. They usually bring a veterinary technician along, to help with any bites or scratches that may need attention. It’s great entertainment for the dogs, and their handlers feel like they’re helping the community.