Thursday, August 5, 2021 | Behind the BreedWorking Dogs

Most people in the United States know of the Portuguese water dog (PWD) breed thanks to Bo and Sunny, the happy-go-lucky residents of the White House during the Obama administration. But long before that, they had a reputation as valuable crew members aboard Portuguese fishing vessels.

History of the PWD

No one is sure how Portie ancestors were first brought to Portugal. Some believe the Berbers, people from a Roman province in North Africa, sailed into port with the dogs on board. Others conjecture that the Goths, Germanic people of the Balkan area, first brought the dogs to shore.

Once in Portugal, fishermen recognized the value of the dogs and were quick to employ them on their ships. Since Porties have waterproof coats, webbed paws and are excellent swimmers, they were used to recover nets and tackle that fell overboard, drive fish into nets, swim messages from ship to shore or ship to ship and even guard the day’s catch once the ship was docked for the night. Retired fishermen were known to rent their dogs to pocket a little extra income.

As the fishing industry made use of new technologies, there was a less of a need for PWDs, and by the 1930s, their numbers had dwindled. Thankfully, a wealthy shipping magnate by the name of Vasco Bensaude started a breeding program to preserve the dogs.

Portuguese water dogs were first brought to the United States in 1958, and the American Kennel Club recognized them as part of the working dog group in 1984.  Today, Porties can be found diving into pools and running through sprinklers as family pets.  They have a reputation for being good with children, easy to train and eager to please.  It’s no surprise that the breed excels at water trials, but they can also be good at obedience and agility or as service or therapy dogs. A PWD named Dutch worked rescue and recovery at the World Trade Center site after 9/11. 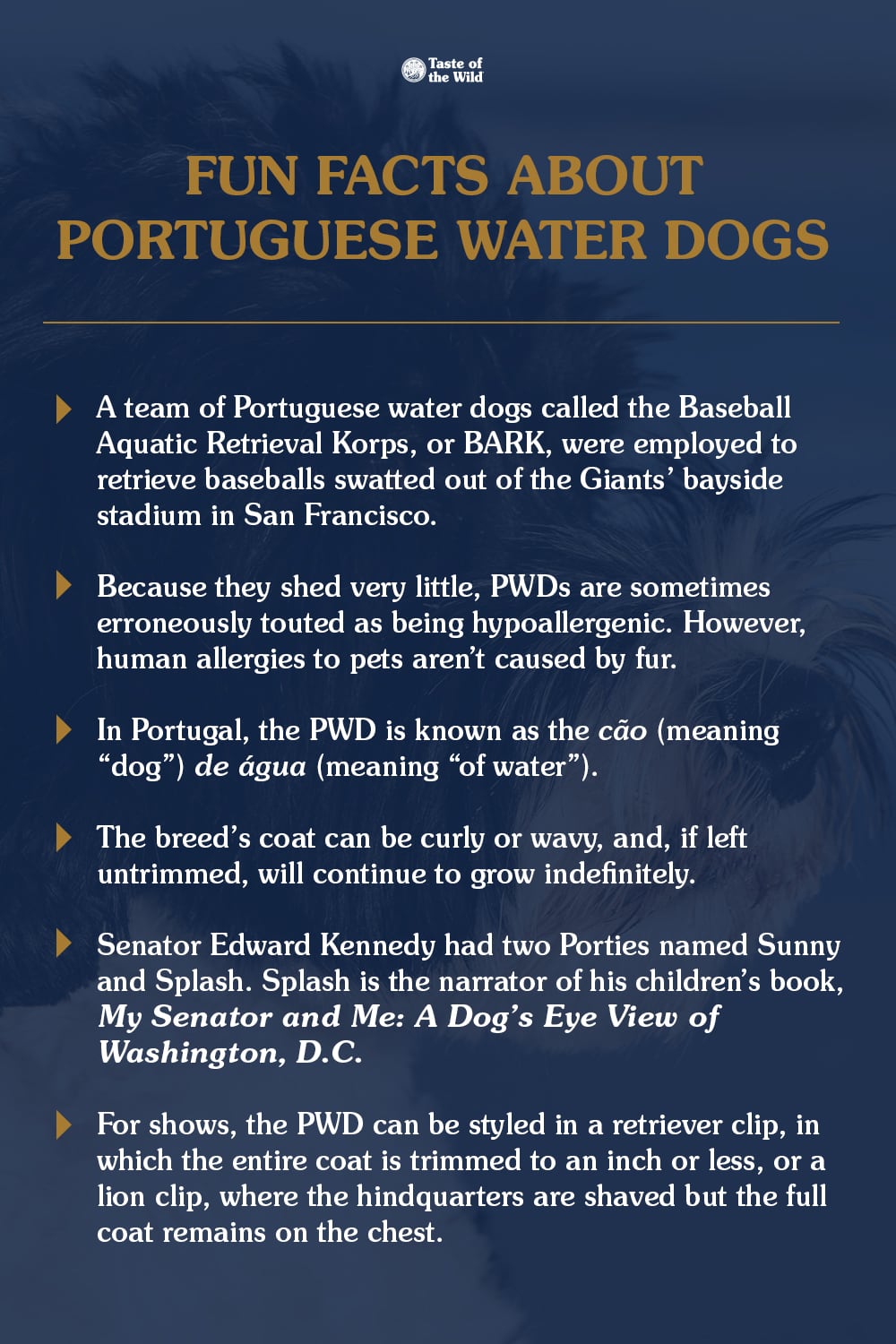