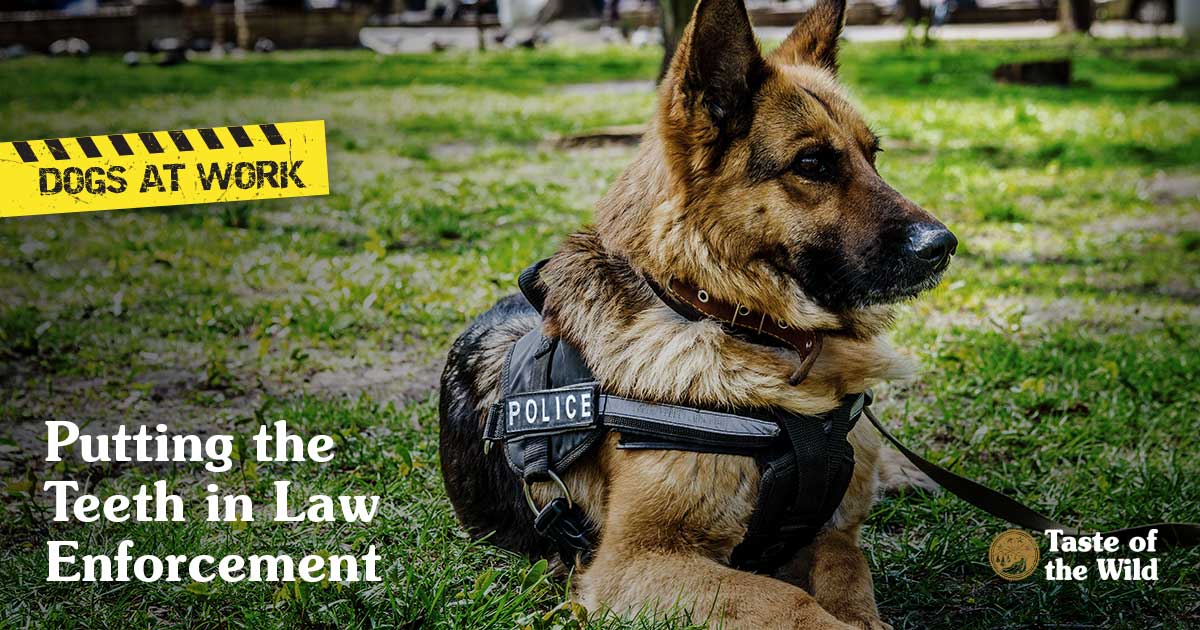 One of the most famous police dogs in Canadian history, Cloud II helped his handler capture 123 fugitives as well as numerous lost children and hunters. After a career of just four years, the German Shepherd lost his life in the line of duty after tracking a fugitive to a remote cabin in Ontario.

As part of the NYPD, Appollo was a first responder at the World Trade Center. The German Shepherd tirelessly searched the smoking wreckage for survivors and victims, eventually earning the Dickin Medal, the highest honor bestowed on animals for gallantry or devotion to duty.

As a member of the Connecticut State Police, Mattie was the first working accelerant-detection dog in the United States. Trained to detect evidence of arson, the Labrador Retriever could identify 17 different accelerants and even sniff out suspects observing the aftermath of a fire.

These are just a few of the police dogs who are specially trained to patrol the streets, help with search and rescue or use their powerful noses to track down drugs, explosives or other vital evidence.

To protect and serve

Day after day, police dogs risk their lives to work in dangerous situations and help protect their handlers from harm. As you can imagine, this takes an inordinate amount of training. Teaching a dog the intricacies of patrol work, urban tracking and detection can cost between $12,000 and $15,000, according to the National Police Dog Foundation. Most police departments simply don’t have the budget for this kind of expense and rely on donations from private citizens and corporations.

Trainers generally start with puppies that are specially bred for the job. The most common dogs used are herding breeds such as German Shepherds, Belgian Malinois and Dutch Shepherds because they are intelligent, physically strong, and have a strong prey drive. (It doesn’t hurt that they can have a menacing demeanor.)

Training starts early with basic obedience, and dogs learn to focus in public and ignore distractions. General training can take about 8 months or longer, when they’re teamed with a handler for as long as six months or more of additional training. Most handlers keep training dogs on a regular basis and complete annual certification.

Single-purpose police dogs are generally used for patrol duties, which can include officer protection, suspect apprehension, area or building clearance and security. In some cases, dogs may be used only for tracking purposes, such as locating missing people.

Dual-purpose canines are trained to perform patrol duties plus certain kinds of detection, whiffing out scents such as narcotics, explosives or other evidence that may be easy to miss with the human eye.

When off duty, police dogs generally live with their handlers as part of the family. Depending on their health, K9 cops can serve anywhere from 6 to 10 years before retiring to a life of heroic leisure.