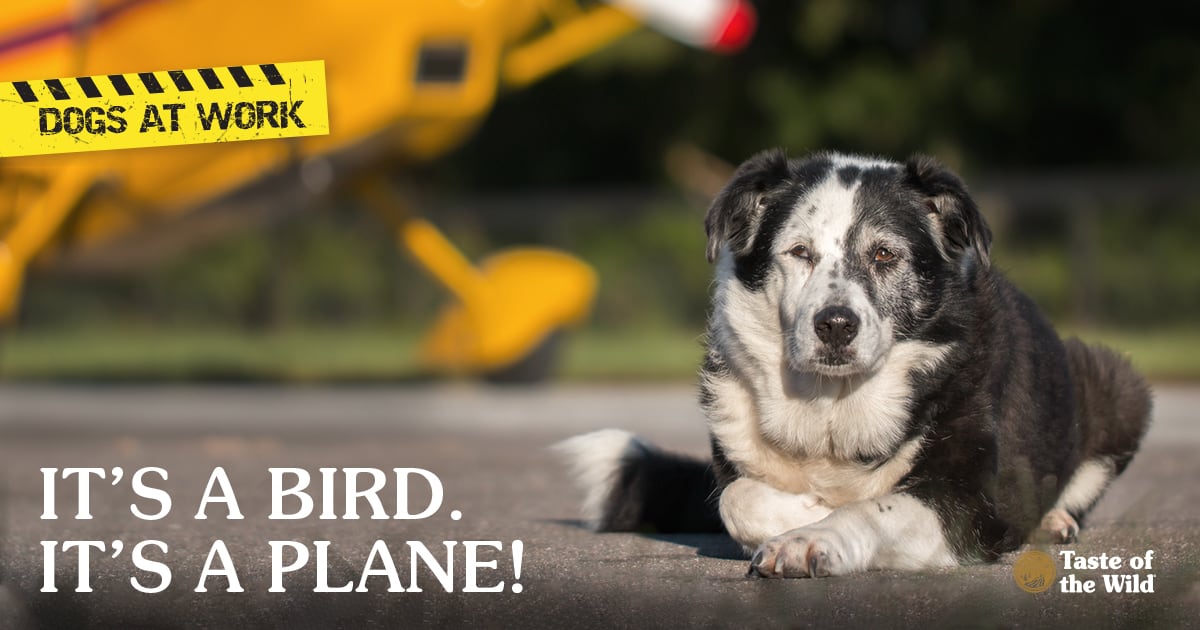 It was a flock of Canadian geese that led to the infamous landing of US Airways Flight 1549 on the Hudson River off Manhattan. The mid-air bird strike caused the plane to lose power in both engines, requiring Captain Chesley “Sully” Sullenberger to deftly maneuver the aircraft into a safe water landing.

That’s why it should come as no surprise that birds, and other wildlife for that matter, can be safety hazards for airports across the country. Although airports can use other wildlife deterrents, few things, it seems, are as effective as a well-trained airport dog.

Birds aren’t the only risk to a smooth takeoff. Other critters, such as deer, fox and coyotes can put planes and passengers in danger. Smaller animals, including rabbits, groundhogs and mice can attract larger animals and birds of prey, so they must be discouraged from creating a home in the area.

Traditionally, airports mitigate wildlife hazards with technologies such as game monitors, noise makers, lights and sirens, traps, pyrotechnics and habitat modification such as removing food and water. But over time, wildlife can become accustomed to lights and noises. That’s why a handful of airports across the country have turned to trained bird/wildlife aircraft strike hazard canines.

Piper: A star is born

Probably the most famous canine wildlife control officer, serving the Cherry Capital Airport in Traverse City, Michigan, was a border collie named Piper. After studying about the use of dogs in wildlife control, airport operations manager Brian Edwards began obedience and off-leash training his own dog, Piper. Eventually, Edwards took Piper to work with him to accustom the pupper to loud noises.

After that, it was just a matter of equipping Piper with a safety vest, sunglass goggles to protect his eyes, and earmuffs to help stifle the roar of engines; and Piper was off and running. Anytime wildlife was spotted in the airfield, air traffic control would alert Edwards. He’d jump in his truck with Piper and deliver the dog to the trouble spot, and Piper would have the time of his life chasing birds and animals safely out of the airplane path.

When he wasn’t shooing off birds and animals, Piper spent his time on routine patrols and running the perimeter of the airport, always keeping an eye out for evidence of new interlopers or freshly dug tunnels. In his three years on the job, he worked 40-hour weeks, chased a total of 9,347 birds, patrolled 1,917 miles and logged 6,206 hours. He was happy to do it in exchange for treats and praise. The end of Piper’s watch came on January 3, 2018, when he died of cancer.

Other border collies have been employed at various airports in a similar capacity, mostly because of their ability to circle and herd animals. But they’ve also been used to control wildlife in other settings, from golf courses and parking lots to agricultural fields and beaches. Apparently, these hard workers will never have a problem finding a job, as a few dozen airports and counting use their services.