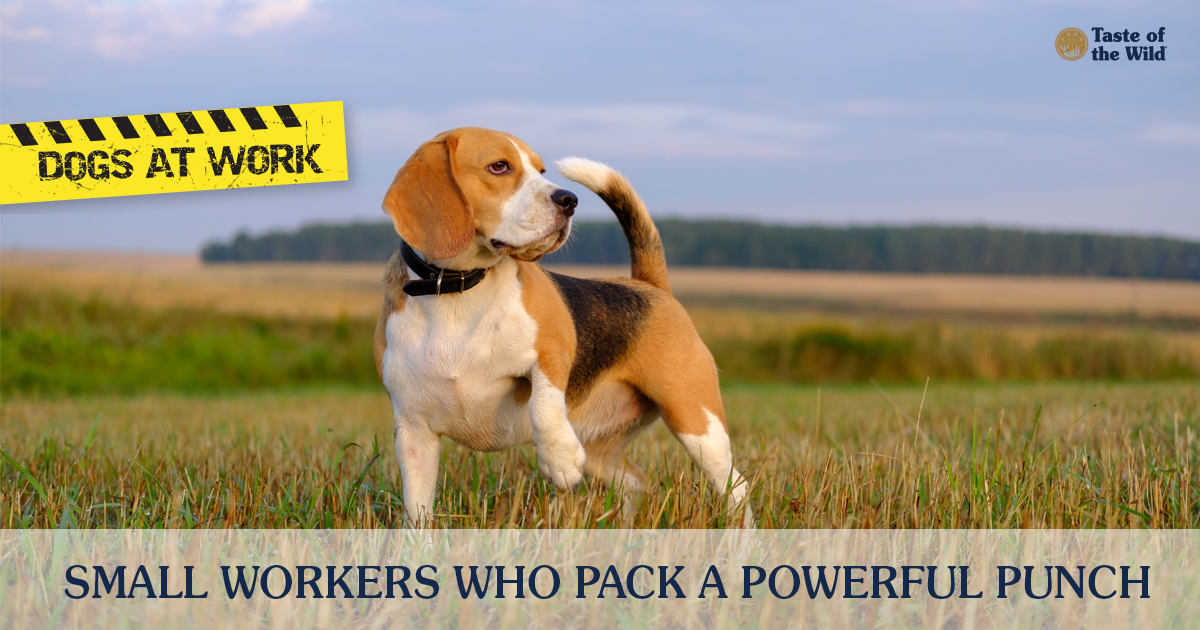 Known for their soft expressions, noisy baying and fiercely acute noses, beagles are loved by multitudes around the world. Distant cousins to foxhounds and harriers, these hardworking scenthounds often have naughty streaks, yet, with the right coaching and enough training, are extremely loyal to their packs — whether hunting rabbits and other small game or hunting snuggles on the couch.

The beagle has a long but contested history dating back to around 400 B.C., when the breed was mentioned in ancient Greek documents. Even the breed’s name is challenged, however, with some saying it derives from the French term for the open-throated bellowing sound beagles make in the field: “be’geule.” Others say that the name comes from the Gaelic word “beag,” meaning small.

Some reports of small “foothound” packs hunting rabbits and hares in England date back to 55 B.C., where the Romans were thought to have arrived with the small breed. A breed for the “common man,” the beagle was considered ideal for English gentlemen who didn’t have the means to afford feed or stables for horses, but still wanted to have the thrill of the chase and the hunt.

Beagles were imported to the U.S. in the late 1880s and became a recognized breed in the American Kennel Club circa 1885. Small and compact, the breed comes in two varieties measured at the shoulder. The first variety is for dogs smaller than 13 inches, while the second variety is a little taller, standing between 13 and 15 inches. Built like miniature foxhounds, the beagle should be muscular and solid, with floppy ears that frame the face. However, one of their most important features is their nose, which can house more than 220 million scent receptors. Beagles also have white tips on their tails called “flags” that help hunters on foot spot them in the field.

Some famous beagles include Snoopy, the lovable but headstrong companion of Charlie Brown from the Peanuts cartoons, as well as Uno and Miss P, the only beagles to have won Best in Show at the Westminster Kennel Club, in 2008 and 2015, respectively.

Congenial and tolerant, beagles are ideal family dogs, but they can be a little obstinate when those 220 million receptors kick in and they pick up a scent. An ideal beagle home will include a fenced-in backyard where they can follow their noses without escaping. With adequate training and a little patience, beagles can be affectionate and loyal family dogs. 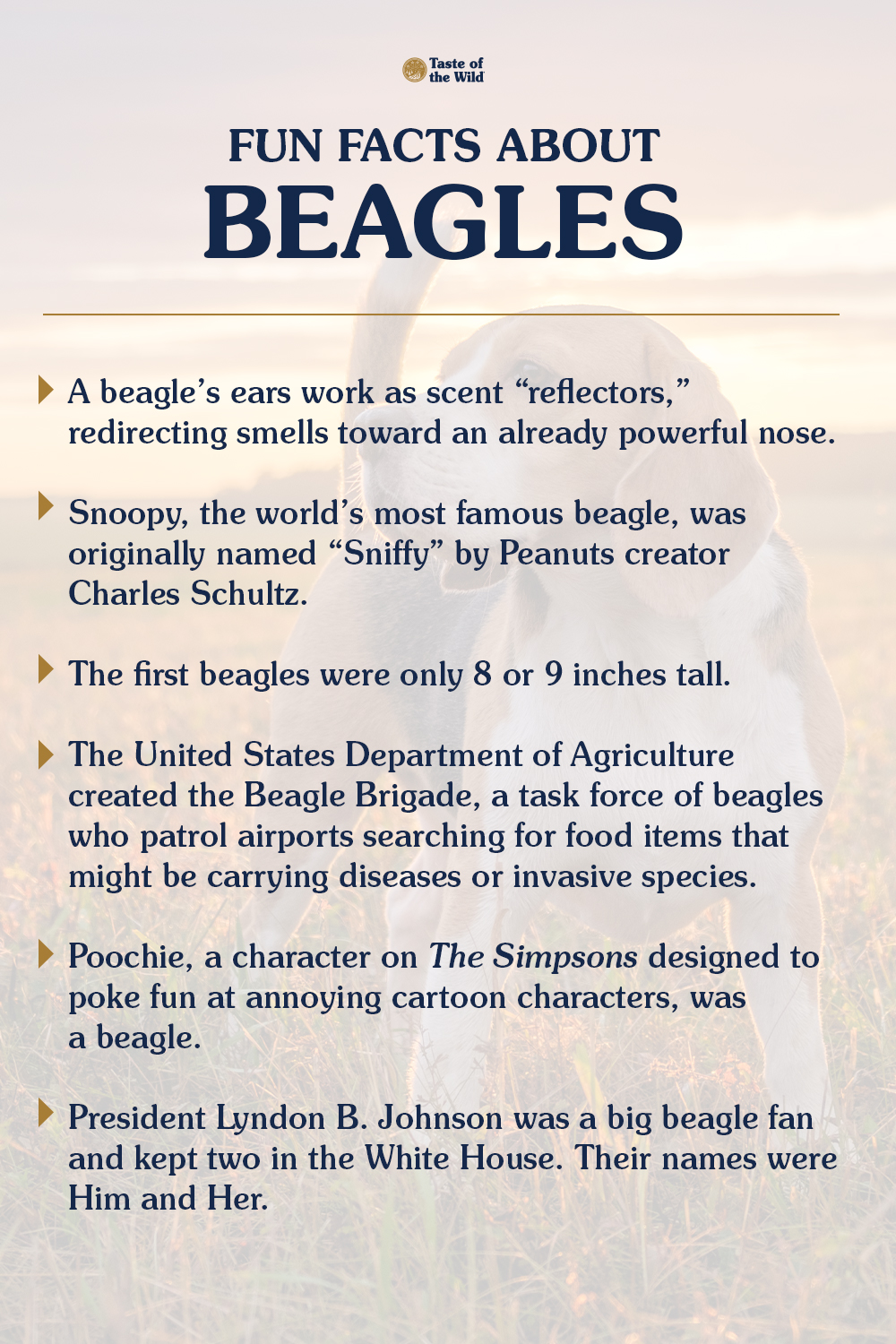