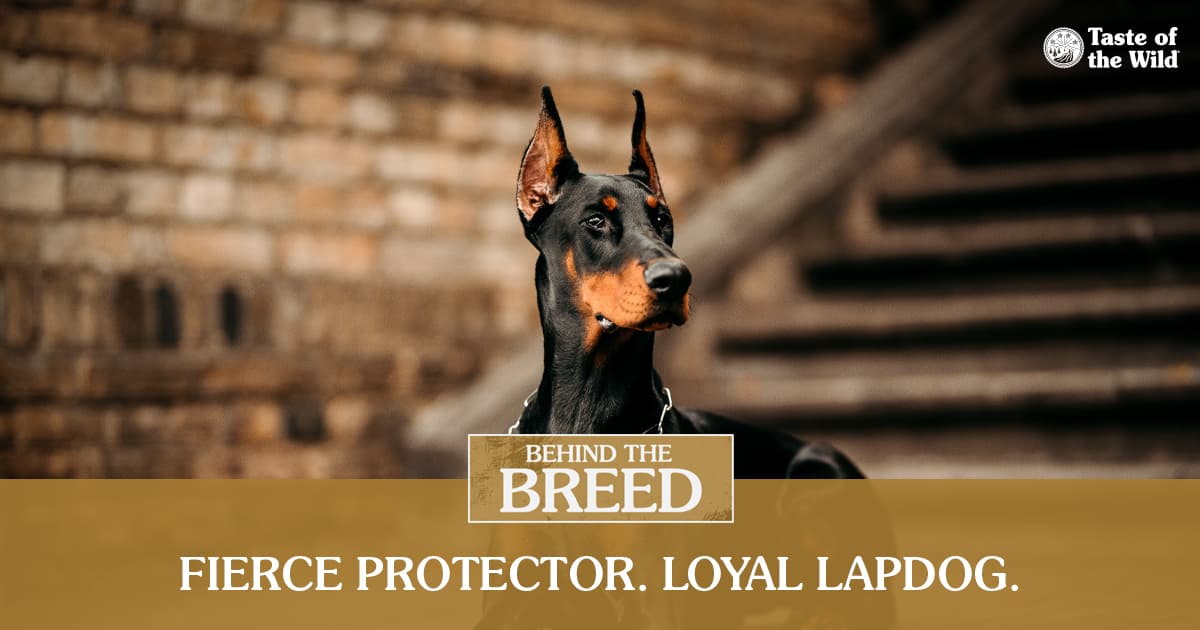 The clean lines and sleek look of the Doberman pinscher are aesthetically pleasing, while at the same time incredibly imposing. Described as watchful, energetic, determined, loyal and obedient, the Doberman’s alert ears and aerodynamic outline make them instantly recognizable. As a member of the working group, Dobermans are uniquely equipped for a variety of jobs.

The Doberman pinscher originated in late 19th century Germany and is a complex mixture of several terrier, working and herding breeds. Karl Friedrich Louis Dobermann developed the breed to be a commanding protector and to help guard him as he made his rounds collecting taxes. He may have merged terriers with black and tan markings with the Rottweiler on his quest to further refine these police and military dogs that now bear his name (minus the second “n,” of course).

Good news travels fast, and Dobermans quickly found their way into other countries. In the U.S., they were first registered by the American Kennel Club in 1908. Soon, Dobermans were proving their worth in police work, on duty with the military, and even later as therapy and service dogs.

Often portrayed as fierce and scary in movies and books, today’s Doberman pinschers have been carefully bred to be exceptionally athletic but also inherently gentler than their ancestors. However, they will still fiercely protect their families.

Dobermans are usually medium-sized, measuring 26 to 28 inches at the shoulders. They are well muscled, smooth and usually come in black, red, or fawn colors and are often described as elegant and noble. The breed’s proud bearing and regal gait are evident in and out of the show ring as well. A Doberman named Storm not only won the Westminster Kennel Club’s “Best in Show” in 1952, but he also came back to win it again in 1953.

Highly adaptable but intensely protective, the Doberman should always be supervised around young children and around kids of any age who have had little or no exposure to dogs. Dobermans carry the nickname “Velcro dogs” because they stick to their owners and families and often lean into their people for long head rubs between their alert ears. Given proper exercise, training and stimulating mental challenges, a Doberman can be a loyal family pet while also providing protection. 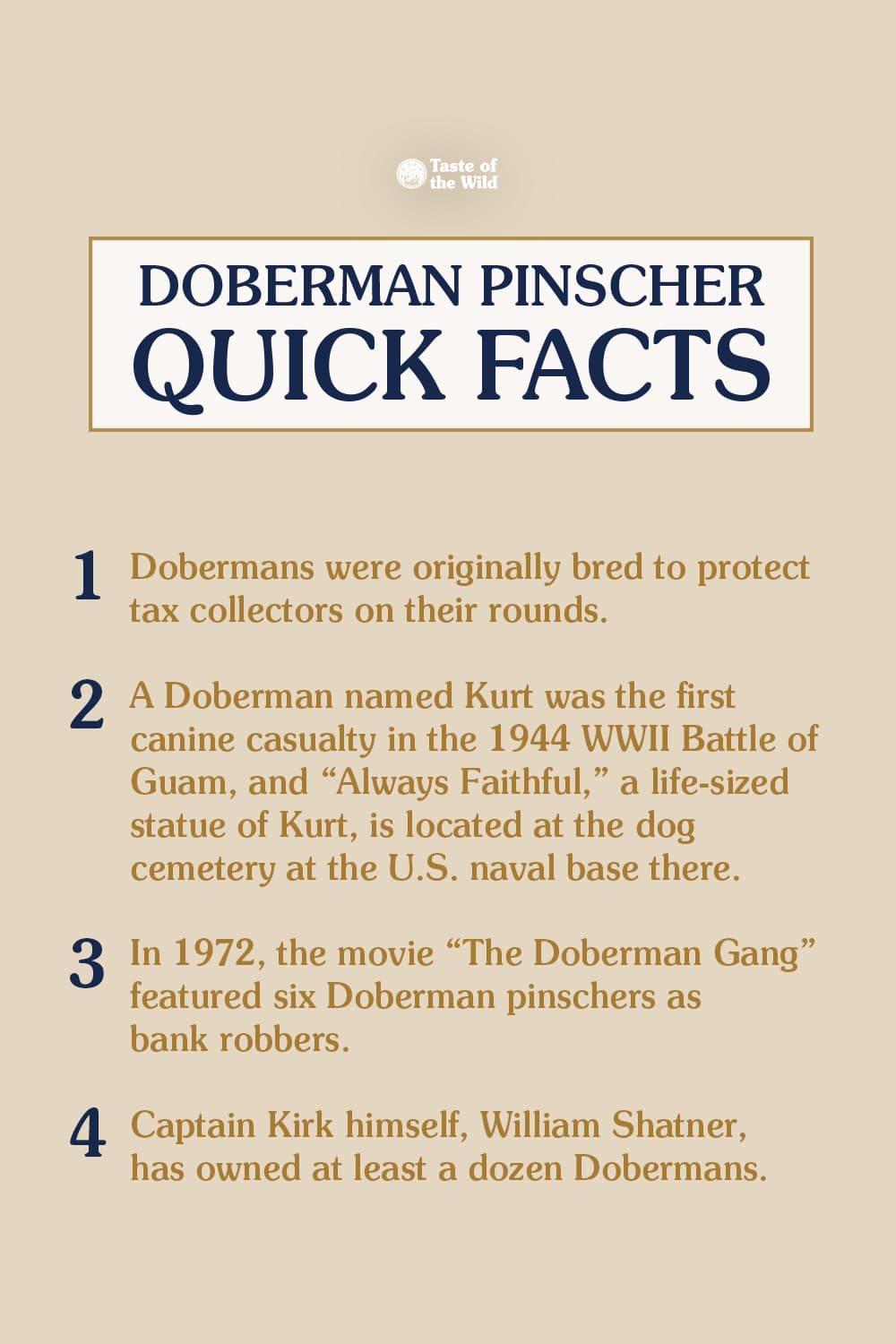