Thursday, September 29, 2022 | Behind the BreedWorking Dogs 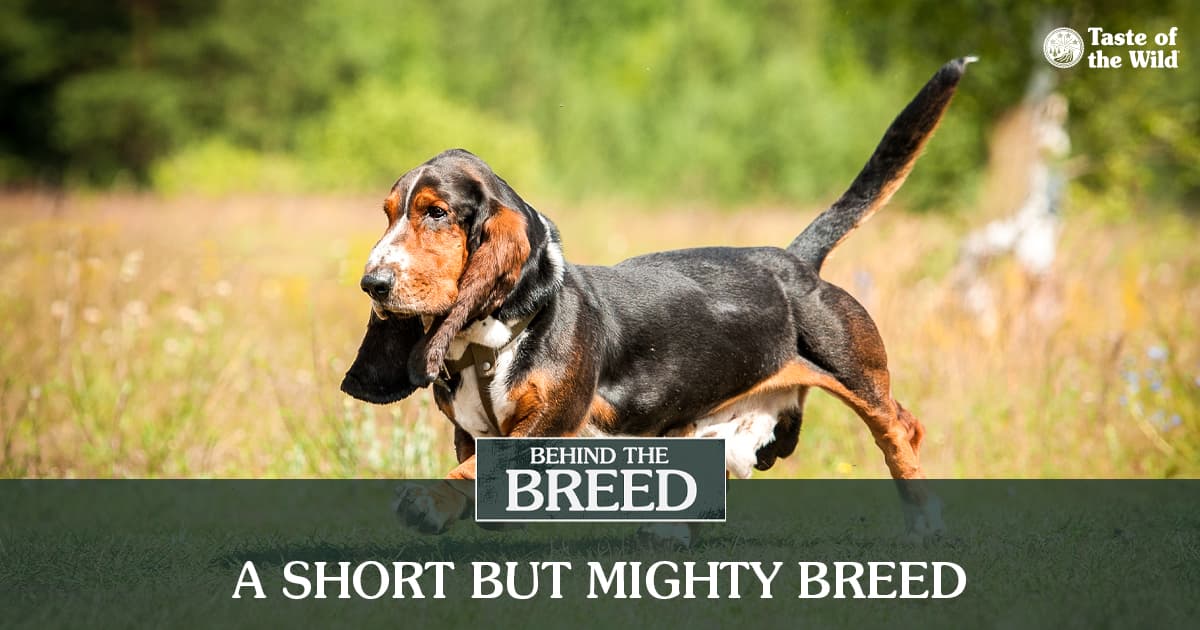 Arguably no breed of dog cuts a more distinctive profile than the basset hound. Their short stature and long ears are as identifiable as it gets.

The breed name is also descriptive. “Basset,” is derived from the French word “bas,” which means “low” (as in “to the ground”), and “hound” conveys that their sense of smell is “houndlike,” second only to their cousin the bloodhound.

Basset hounds enjoy a long and rich history. Records show that the short and mighty breed originates in France and Belgium and descends from a long line of hounds dating back to the sixth century. St. Hubert, the patron saint of hunters, is believed to have taken an interest in creating a scent hound, so he carefully bred several ancient hound breeds in his Benedictine abbey. The name, St. Hubert Hound, caught on around 1000 A.D., and they quickly spread throughout Europe.

The first mention of a “basset” dog appeared in an illustrated French hunting text written by Jacques de Flouilloux in 1585. The dogs in Fouilloux’s guide were used to hunt foxes and badgers, making the basset a perfect hunting companion. Bassets became popular during the reign of Emperor Napoleon III: their sad but regal looks were perfect for Paris salons in the mid- to late 1800s.

Basset hounds have a powerful sense of smell and enjoy doing nose work. With more than 220 million smell receptors, they’re officially the second-best sniffing dog breed. But their noses don’t do it alone; their ears and short stature help! Those long ears pick up scents by dragging on the ground and pushing them toward the nose, and are augmented by folds of skin, or dewlaps, that trap the scent and enhance it.

Basset coats are soft and smooth and can come in any “hound color” from black and tan to tricolored, brown or red. They are generally 15 inches or shorter at the shoulders and are known for their headstrong personalities — once they get a scent, that’s all they’ll think about!

Those droopy ears and eyes need to be cleaned regularly, and particular attention should be paid to their spines, which can be damaged if a basset is carrying too much weight and gets too physical. They also need a little help jumping into cars or onto the sofa.

While great at the hunting they were bred for, bassets are great pets for families of any type. They are very vocal and highly social around other animals and people and make a wonderful family pet. 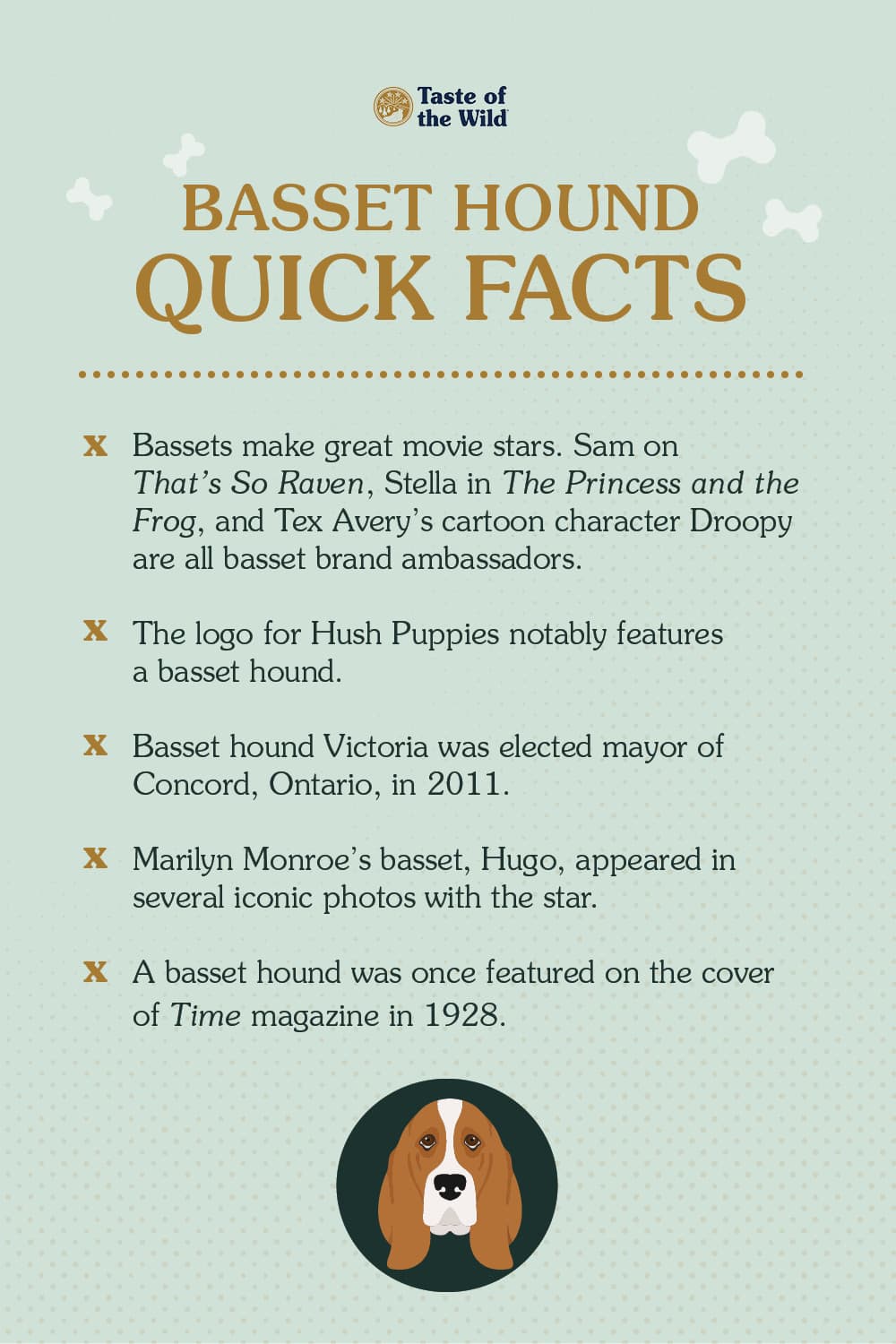