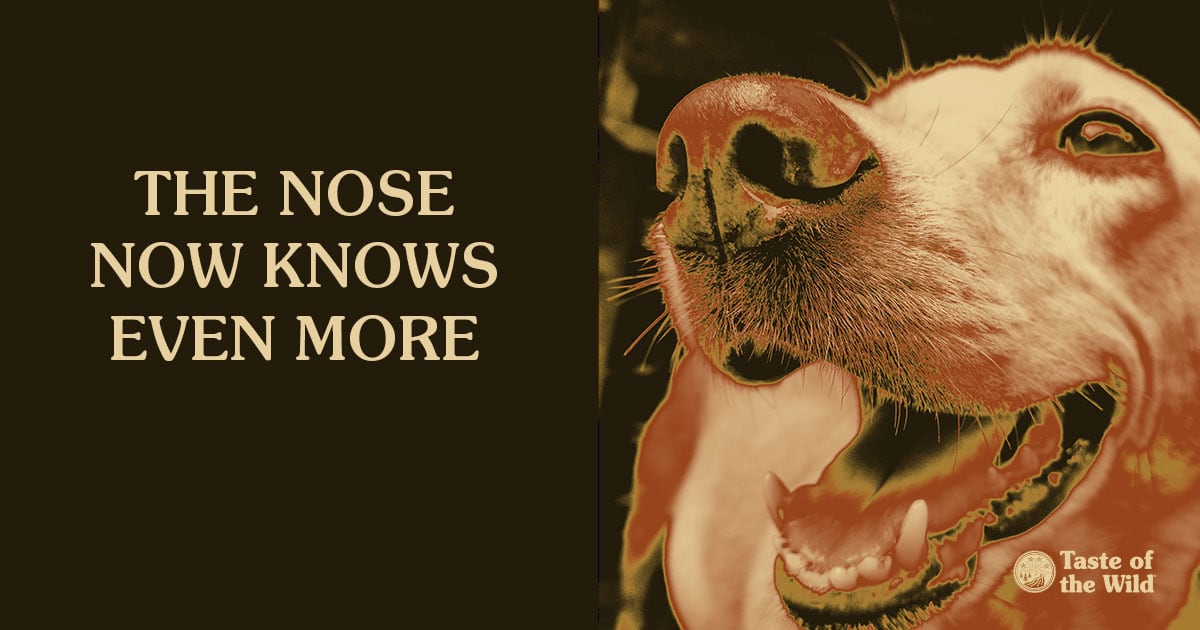 It changes temperatures. Can it also detect them?

According to an old wives’ tale, if your dog’s nose is warm and dry, it’s a sign of illness. But the truth is, there are more reliable ways to check your dog’s health: it turns out that nose temperature can change throughout the day.

While animals such as deer, cows, and horses always tend to have warm noses, it’s common for a dog’s nose to be a few degrees cooler when the environmental temperature is fairly warm. (When ambient temperatures are cold, dog noses tend to be a bit warmer.)

But a cooler nose in a warm environment makes sense: There’s no fur covering the skin on the snout and dogs often lick their noses, adding moisture which dissipates heat as it evaporates. That cooler nose temperature is what led researchers at Sweden’s Lund University and Hungary’s Eotvos Lorand University to wonder if there might be a purpose for it: Could it be used by dogs for heat detection?

Putting the idea to the test

The researchers trained three dogs to discriminate between two objects without seeing or smelling them. One object was at ambient temperature and the other at the warmer temperature of a furry animal. When tested, all three dogs were able to identify the objects emitting mild thermal radiation.

The scientists also performed magnetic resonance imaging on 13 dogs while they exposed them to objects that were either warm or ambient temperatures. The left parts of the dogs’ brains, which accept inputs from the nose, lit up when the dogs were exposed to warm objects. When objects at normal temperature were placed in front of their noses, no area of the dogs’ brains responded.

What does it all mean?

Combined, the two experiments demonstrate that dog noses can detect mild heat, and this causes a reaction in a specific area of their brains. The scientists speculate that this trait was probably inherited from wolf ancestors that used it to help track prey.

But dogs aren’t the only creatures with this unusual talent. Black fire beetles, some snakes and vampire bats also use heat detection to help hunt prey.

Researchers also surmise that the ability to detect heat is what makes dogs great hunters even if they’ve lost some of their other senses such as sight, smell or hearing. It’s possible that heat detection helps avalanche dogs and search and rescue dogs track down missing people.

While this ability to detect heat might explain a lot of things about dogs, one thing is still a mystery: How can they unerringly find a tennis ball under five feet of snow?