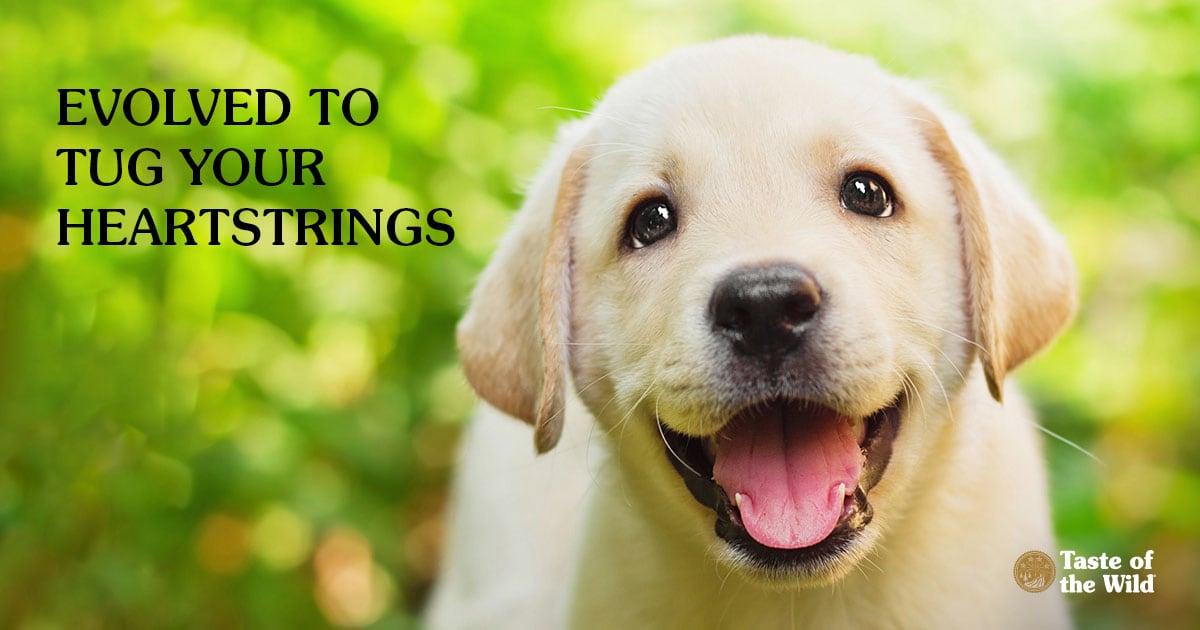 Every dog owner knows the look: wide brown eyes rimmed with a bit of white, eyebrows slightly raised. It’s the look that says, “Can you share that little morsel of cheese with me?” Or “Can I please come snuggle on the couch with you?”

And no matter how many times you’ve vowed not to let the dog eat from your plate or lounge on the furniture, you simply can’t resist those eyes. So down goes the plate and up jumps your dog.

But it’s not that your dog has mastered the art of manipulation — it’s that dog evolution has actually changed the muscles around the eyes to give your dog more power to tug at your heartstrings.

What dogs have that wolves don’t

Dogs are thought to have evolved from wolves about 33,000 years ago. Now, new research shows that as dogs became domesticated, they developed a new eye muscle to help them better communicate with people. The study, published in the Proceedings of the National Academy of Sciences, is the first to compare the anatomy and behavior of wolves with that of dogs.

In addition to four wild gray wolves, the scientists examined the anatomy of a Labrador retriever, a mixed-breed dog, a bloodhound, a Siberian husky, a chihuahua, and a German shepherd. All the dogs had a well-developed levator anguli oculi medialis muscle, while the wolves did not. A second muscle, the retractor anguli oculi lateralis, which helps expose more of the whites of the eye, was almost non-existent in the husky and the wolves.

The levator anguli oculi medialis muscle enables dogs to raise their inner eyebrow. Researchers surmise the raised eyebrow makes the eyes look more helpless or sad, like an infant, sparking an urge in humans to care for the dog.

The researchers also looked at wolf and dog behavior when exposed to humans for two minutes. Not surprisingly, dogs raised their eyebrows much more than wolves did.

Previous research has shown that dogs raise their eyebrows more when humans are looking at them than when they’re not. And a 2015 study that examined how people respond to animal behavior found that people are more likely to adopt shelter dogs when the dogs raised their eyebrows upward and inward.

Which just goes to show that evolution may have had a role in helping dogs become domesticated to become part of the family, as they are now.