The Do’s and Don’ts of Pet Pain Relief 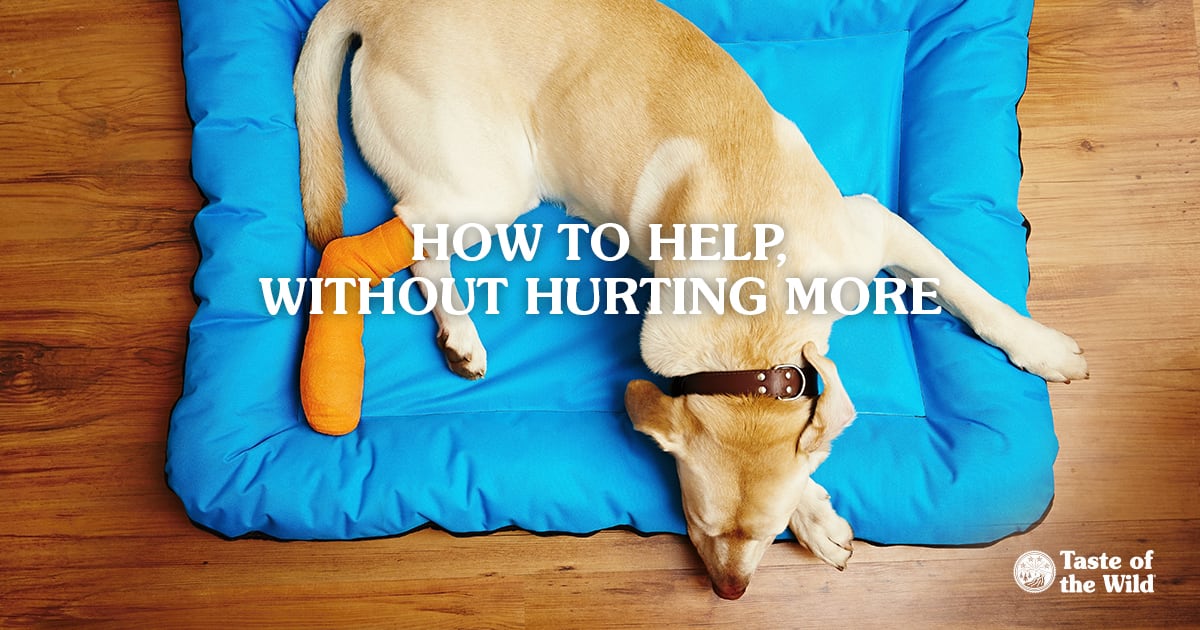 Maybe your pup roughhoused at the dog park and is now favoring a leg. Or your cat drops food from her mouth as if it’s painful to chew. What’s the harm in exploring your medicine cabinet for a little pain relief? After all, over-the-counter pain medications such as aspirin are relatively harmless for people, so the same goes for pets, right?

Unfortunately, that kind of well-meaning thinking has led to potentially serious health problems for both cats and dogs. Since pets don’t metabolize these drugs like people do, medications such as aspirin, ibuprofen, naproxen and acetaminophen can be harmful or even deadly to your dog or cat.

As part of Animal Pain Awareness Month, we’re sharing some tips on pet pain relief to help keep your beloved ones safe.

Medications such as aspirin (Bufferin), ibuprofen (Advil, Motrin) and naproxen (Aleve) are considered non-steroidal anti-inflammatory drugs, or NSAIDs, but human NSAIDs, especially in high doses, can cause gastrointestinal ulcers, kidney failure, liver failure, bleeding problems and even neurological issues in pets. Cats are even more sensitive to NSAIDs than dogs. Signs of potential toxicity include vomiting, diarrhea, black/tarry stools, pale or yellow gums, changes in amount or frequency of urination, collapse and seizures.

While acetaminophen (Tylenol) is a pain reliever and fever reducer, it has no anti-inflammatory properties, so it is not considered an NSAID. It may be combined with aspirin in products such as Excedrin. While acetaminophen can be toxic to dogs, it’s often fatal for cats. Ingestion can lead to liver damage and a condition called methemoglobinemia, in which red blood cells cannot carry necessary oxygen to the body. In these cases, the blood may actually appear brown rather than the healthy red color of oxygenated blood. Signs include increased respiratory rate, pale or muddy gums, vomiting, swelling of the face or extremities and collapse.

If you see these signs after inadvertently giving your pet over-the-counter human pain relievers, or after your pet accidentally chewed through the bottle of pain relievers in your purse or backpack, contact your veterinarian immediately or call the ASPCA’s Poison Control Center at 1-888-426-4435.

So how can you help a pet that you suspect may be in pain?

When in doubt, your veterinarian is always your best resource for safeguarding your pet’s health.