Artificial Food Coloring: Is it good for your pet? 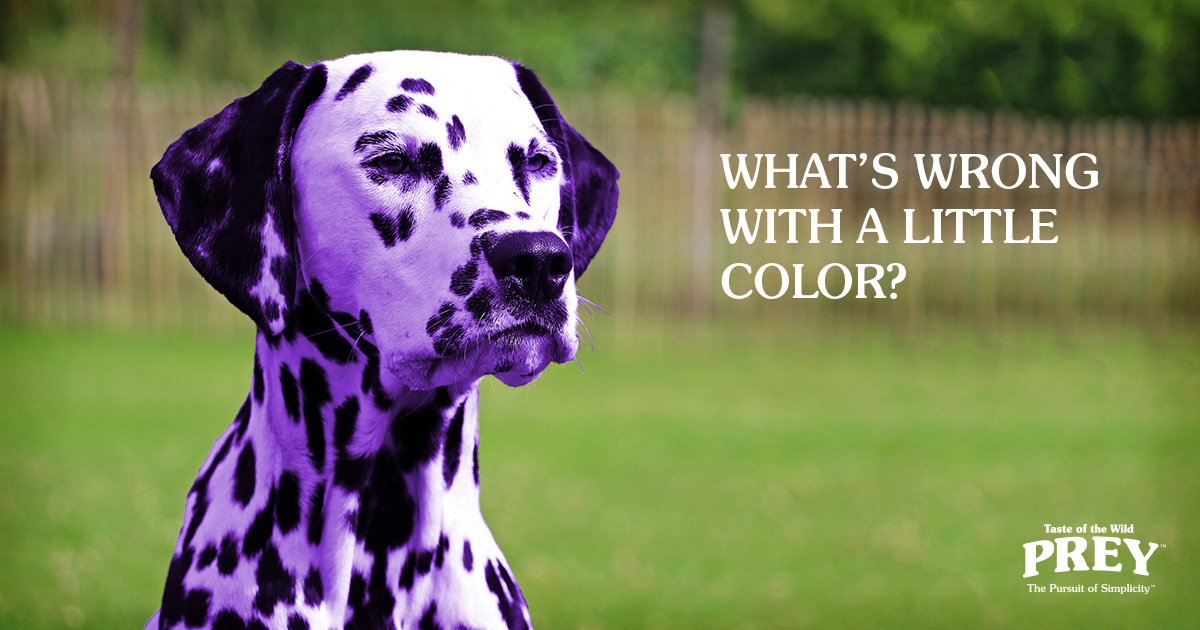 It’s no accident that pet food often comes in a rainbow of colors. When you open a bag, it’s comforting to see the golden yellow of chicken, the red of rare beef and the green of fresh vegetables — all hues that the original ingredients may lose during the manufacturing process. Often, these colors are added after the fact.

But given that dogs and cats can’t visualize the same spectrum of colors we can, the colors are really added to appeal to pet owners. Which raises the question, are artificial food colors really necessary? If they don’t add any nutritional value, could they actually do more harm than good?

In the 1880s, vendors found that food coloring could make their wares more appetizing. Unfortunately, the practice wasn’t always honest: Colors were added to conceal spoilage or discoloration in less-than-fresh food. Even more alarming, some of the colors contained toxins such as mercury, arsenic and lead, which often had more severe effects on people than the original food spoilage.

The Food and Drugs Act of 1906 banned the use of these toxic food colors. Most of the remaining approved food colorings were made from the byproducts of coal processing known as coal-tar dyes.

Eventually, even these colors were found to be problematic when, in the 1950s, trick-or-treaters in several cities became sick from eating candy made with a common orange dye made from coal tar. This orange color additive and a red food color were tested for safety and eventually banned.

This led to the Color Additives Amendments of 1960, which required more stringent government oversight and scientific evidence of safety for color additives used in human and animal foods.

Colors that are exempt from certification are natural pigments from plants, minerals or animals. The FDA also provides strict guidelines for use of the colors including the types of foods that may use the coloring, the amount of coloring allowed and how the color must be identified on packaging. Still, the FDA continuously reviews all food colors for safety.

Can Colors Additives Be Dangerous?

A 2010 article by the Center for Science and the Public Interest claimed that food dyes posed human health risks for cancer, allergies and hyperactivity in children.

While research has suggested that some food colors, especially used in large amounts, may have cancer-causing effects, these are not among the current FDA-approved colors. If FDA-approved colors are used according to direction, they should be safe in both human and pet foods.

Still, while we might assume that food colors that are safe for people are also safe for pets, there is a paucity of research to show just what effects color additives have on dogs and cats.

A Move From Artificial to Natural

A recent Nielsen Global Survey found artificial colors among the top three ingredients consumers prefer to avoid. In fact, most likely spurred by consumer demand, many global food companies such as General Mills, Kellogg’s, Kraft, Mars, Nestlé and Frito-Lay are finding natural alternatives for artificial colors in their products.

If you’re like other pet owners, you’re probably questioning the same ingredients in the food you feed your pets. While the current food colors approved by the FDA appear to be safe — at least so far — more and more pet owners will no doubt look for ingredient lists that don’t include the word “artificial.”