Thursday, February 24, 2022 | Behind the BreedWorking Dogs 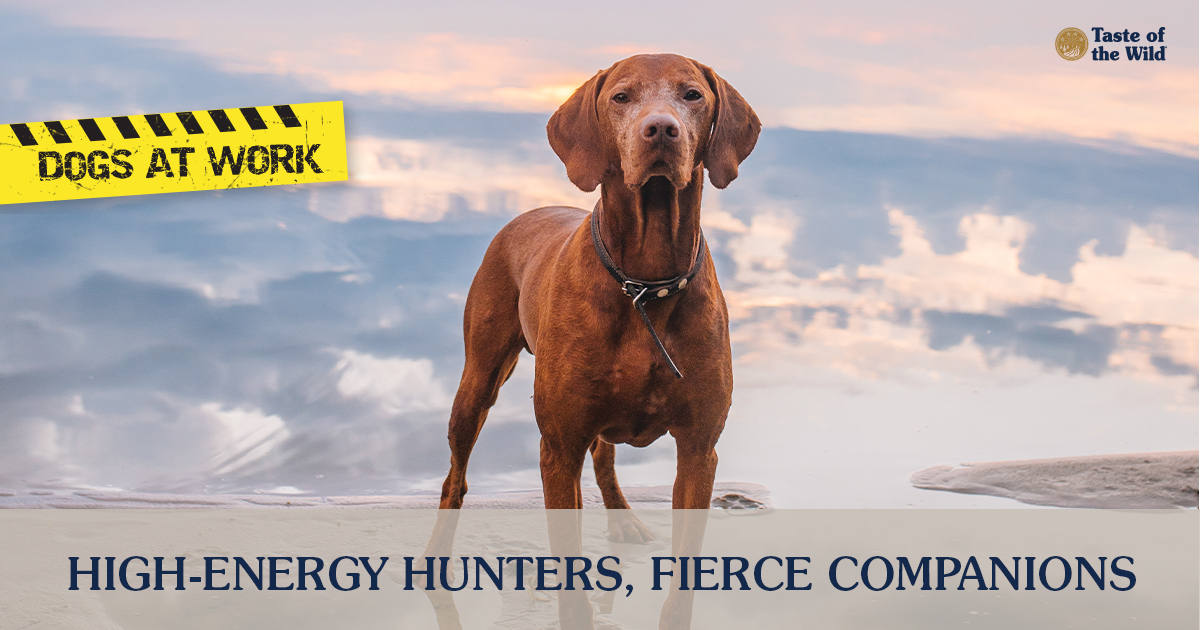 Vizslas are fierce hunting companions with roots at least a millennium deep.

Marauding Magyar warriors from Russia rode on horseback across Western Europe in the 800s, with their powerful, copper-colored dogs leaping beside them. The conquerors eventually settled in Hungary, where they became herdsmen and hunters.

Stone carvings in the Carpathian Mountains, estimated to be about 1,000 years old, depict the fierce hunter with his falcon and dog, which eventually became today’s vizsla. These canine ancestors worked in tandem with falcons, flushing birds so the sharp-taloned hunters could snatch the prey and bring it to earth.

Known as the “yellow pointer” in the 1200s, the dogs eventually became the “Hungarian pointer” and finally the “vizsla” in the 16th century. A studbook from the 1700s lists a breeding history of the “golden vizsla.”

With a seemingly endless supply of energy, vizslas caught the eye of the aristocracy in the region. Eventually, they became known as the “gift of kings,” and pups from special breedings were reserved for royalty in the Greater Hungarian Kingdom, which spread across Hungary and Czechoslovakia before World War I. It is said that vizsla pups were gifted to Princess Iolanda di Savia from Italy, as well as to other queens of Italy and Spain.

Vizslas are renowned hunters, skilled at both pointing and retrieving. They have been used to hunt everything from pheasants, partridges, geese and ducks to rabbits, deer, boars and even bears and wolves. Their eyes and noses are also reddish-brown, blending in with their coat color and making it easy for them to be camouflaged in brush while hunting.

A U.S. State Department employee is said to have helped smuggle a vizsla out of communist Hungary and into the United States in 1950. The breed was recognized by the American Kennel Club in 1960.

Today, vizslas still serve as high-energy hunters and family companions, but they also work as guide dogs as well as in search and rescue and drug detection. 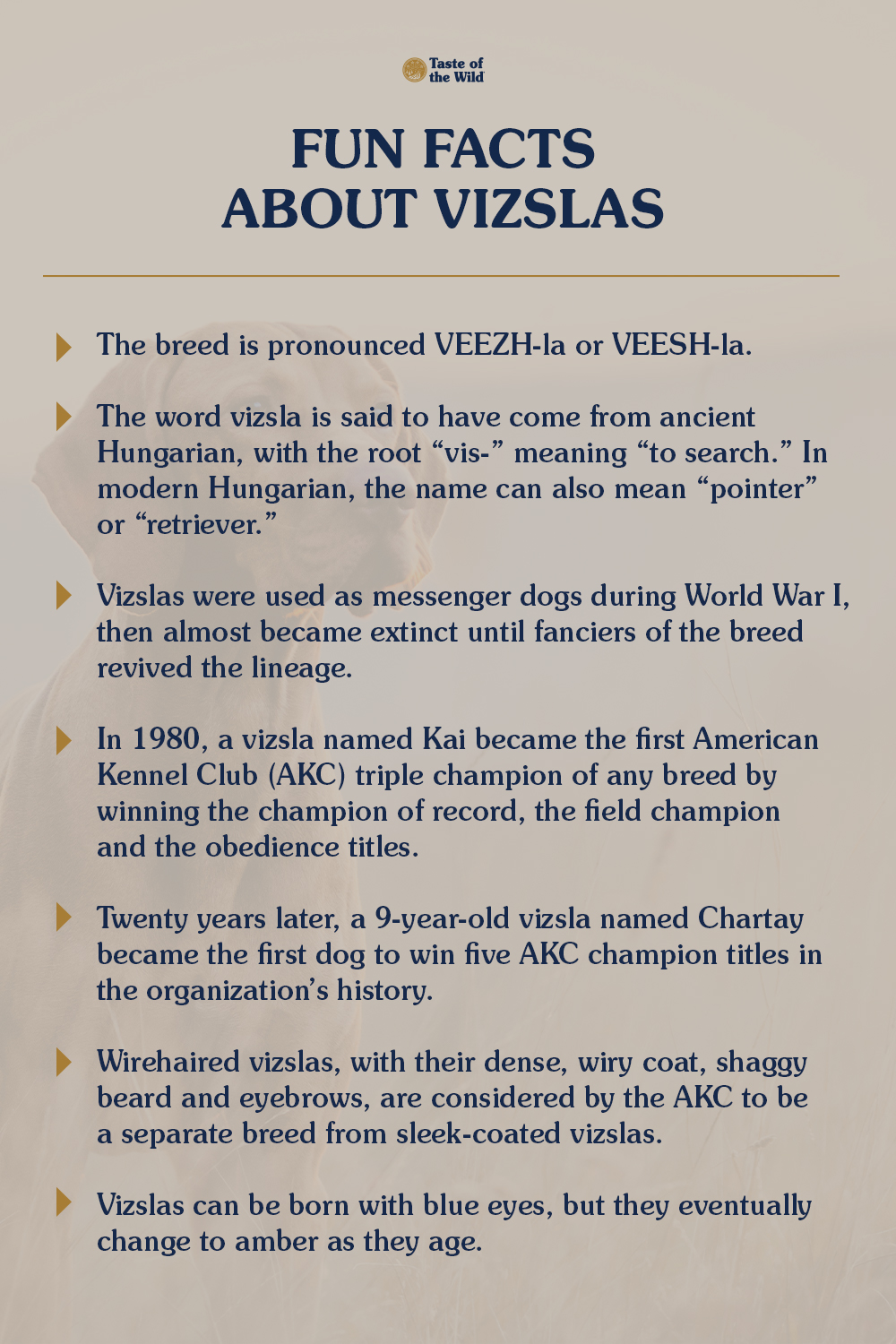