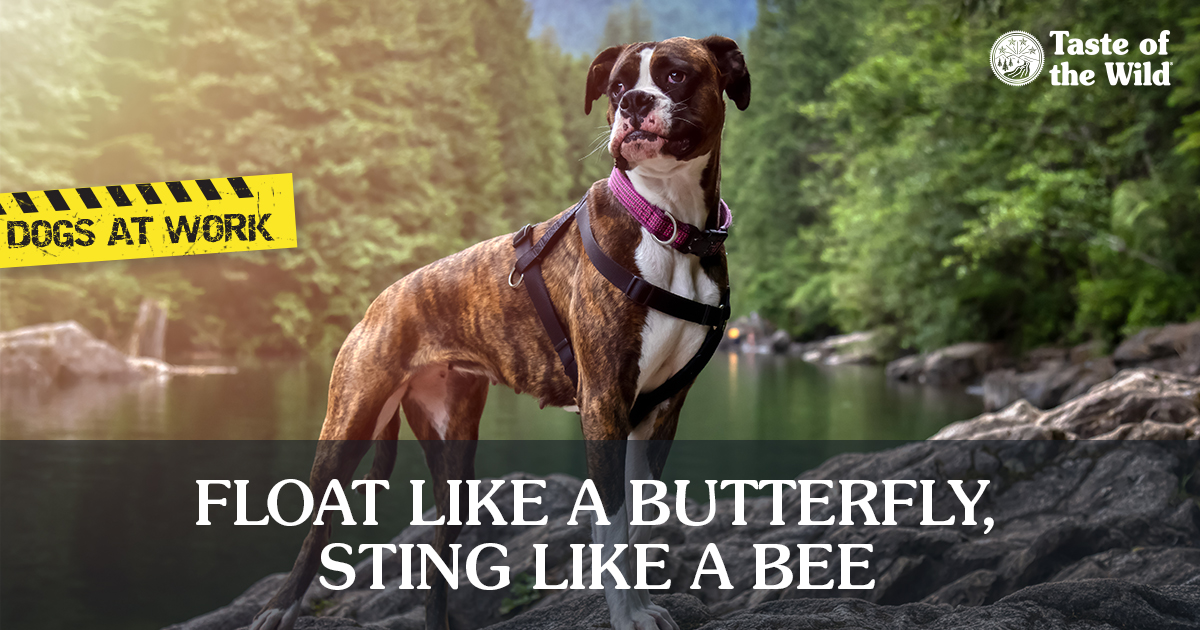 Known as lovable, affectionate, intelligent, and sometimes goofy, Boxers are bright and possess a good work ethic. Their alert expression and athletic frame allows them to move smoothly and gracefully, just like the athletes whose occupation they share their name with, and—just like Muhammed Ali or Sugar Ray Leonard—they defend their families and their titles fearlessly.

Boxers and their close cousins, the bulldog and mastiff, trace their roots back to the Assyria, an ancient civilization in the Middle East. As long ago as 2000 B.C., ancestors of the boxer were used in warfare and hunting deer, wild boar and even bears. The breed was most pronounced throughout Europe and England and has been depicted in Flemish tapestries dating from the 1500s.

Despite their ancient pedigree, boxers are relative newcomers to the U.S., having only been introduced at the turn of the century. Officially recognized by the American Kennel Club (AKC) in 1904 in the Working Dog class, they have excelled in dog show rings including the Westminster Kennel Club show in New York, where they have won more than two dozen group wins and the overall grand prize title four times. Now, the AKC marks the breed as the 14th most popular in the country, and they’re known for their unparalleled affection for their families and children.

Early socialization with people and puppies is essential to channel the boxer’s curiosity and energy. They are highly trainable, but often get bored with repetition, so they’re excellent at a broad range of canine activities including agility, dock diving, obedience and even herding. They also excel at being service dogs, and their imposing frames and alert expressions make them exceptional drug detection and search-and-rescue dogs.

Most boxer owners will tell you about the “kidney bean” dance boxers do—a wild contortion where they excitedly twist their bodies into a semicircle and start turning circles, the wild ballet outward proof of their unequaled status as lovers, not fighters. Whether your boxer is a working dog defending their titles in the show ring, or dancing for the family, they’ll show you why they’re one of America’s favorite dog breeds. 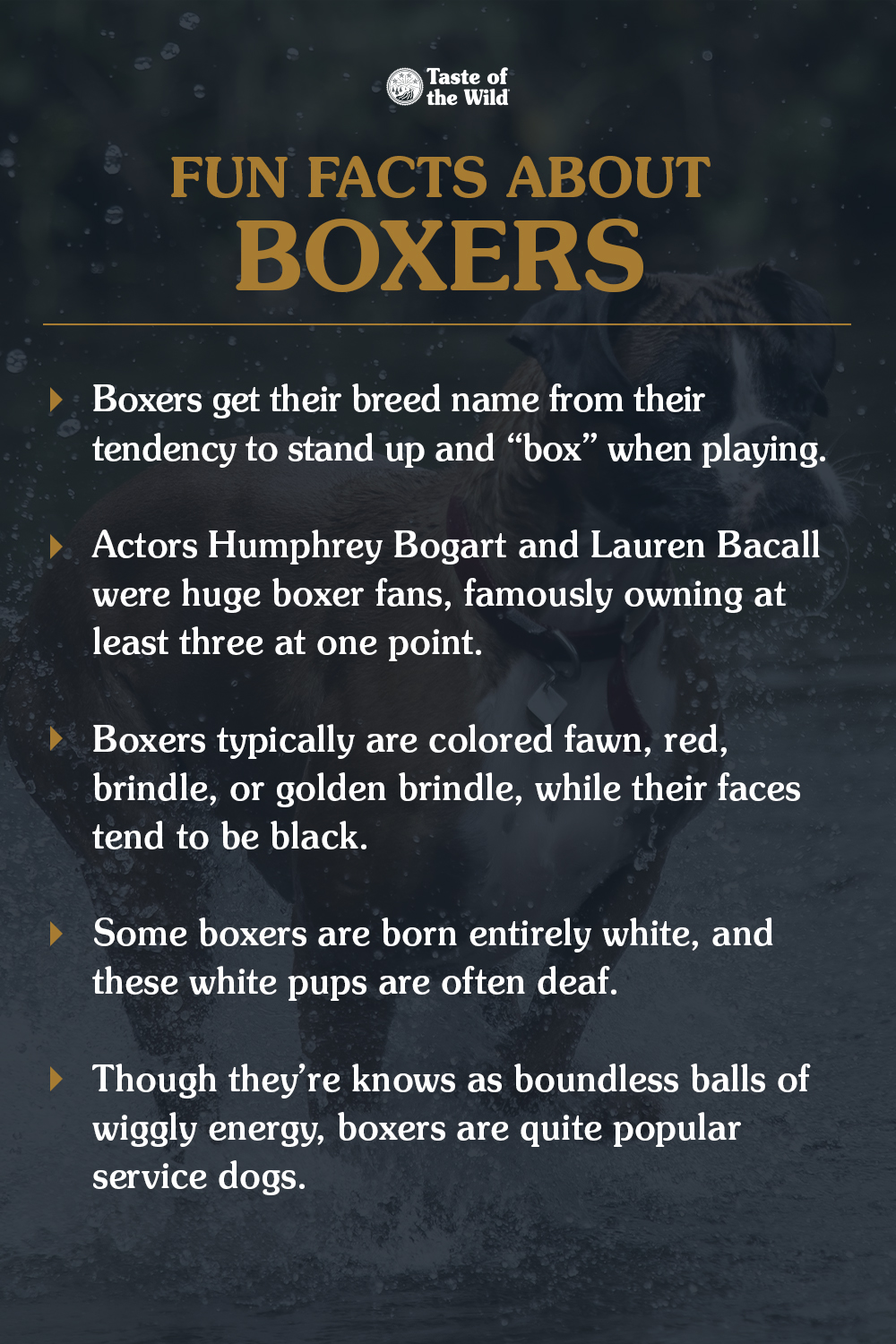