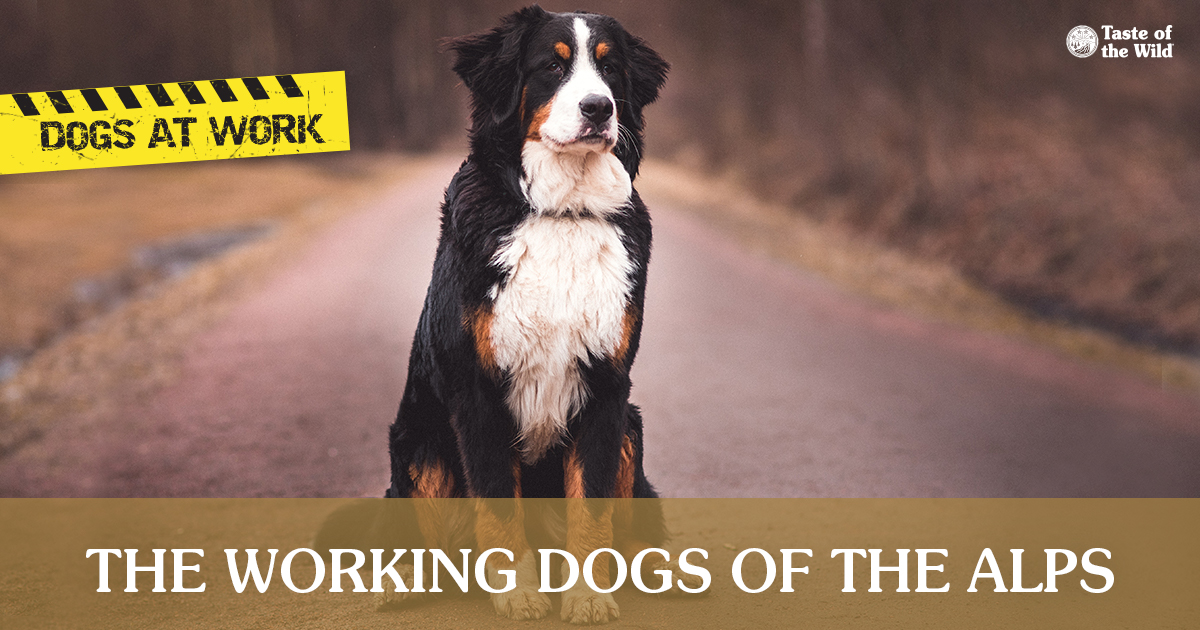 Bernese mountain dogs, affectionately called “Berners,” are named after the central region of Switzerland where they originated: the canton of Bern.

Ancestors of the Berner appeared in Switzerland more than 2,000 years ago, when Roman soldiers invaded the area, bringing with them tall, mastiff-like dogs with broad chests and muscled legs, which made them ideal for hauling carts. When crossed with the existing Swiss mountain dogs, it resulted in a strong breed that could thrive in the Alpine weather.

Over the years, these sturdy dogs did a wide range of jobs on the farm, from herding cows and pulling carts of cheese and milk to serving as watchdogs and farmer’s companions.

By the late 1800s, the numbers of Berners dwindled, partially because of the popularity of the Saint Bernard. But in 1892, an innkeeper named Franz Schertenleib rekindled interest in Swiss mountain dogs by selecting ideal examples for use as breeding stock.

He eventually showed two dogs to Professor Albert Heim, an expert on Swiss mountain dogs, who immediately recognized them as ancestors of the large mountain dogs that used to work farms across Europe. Heim worked with breeders to revitalize the breed, and the Bernese mountain dog was officially recognized in Europe in 1912.

In 1926, a Kansas farmer imported two Berners to the U.S. for use as farm dogs. The breed quickly gained popularity, and the American Kennel Club registered the first Bernese mountain dog in 1937 as a member of the Working Group.

Today, this strong breed often takes home trophies in agility, herding, tracking, rally and even drafting, which is a competition in which dogs pull carts. These gentle giants typically have a sweet and patient temperament, making them excellent therapy dogs, as well. 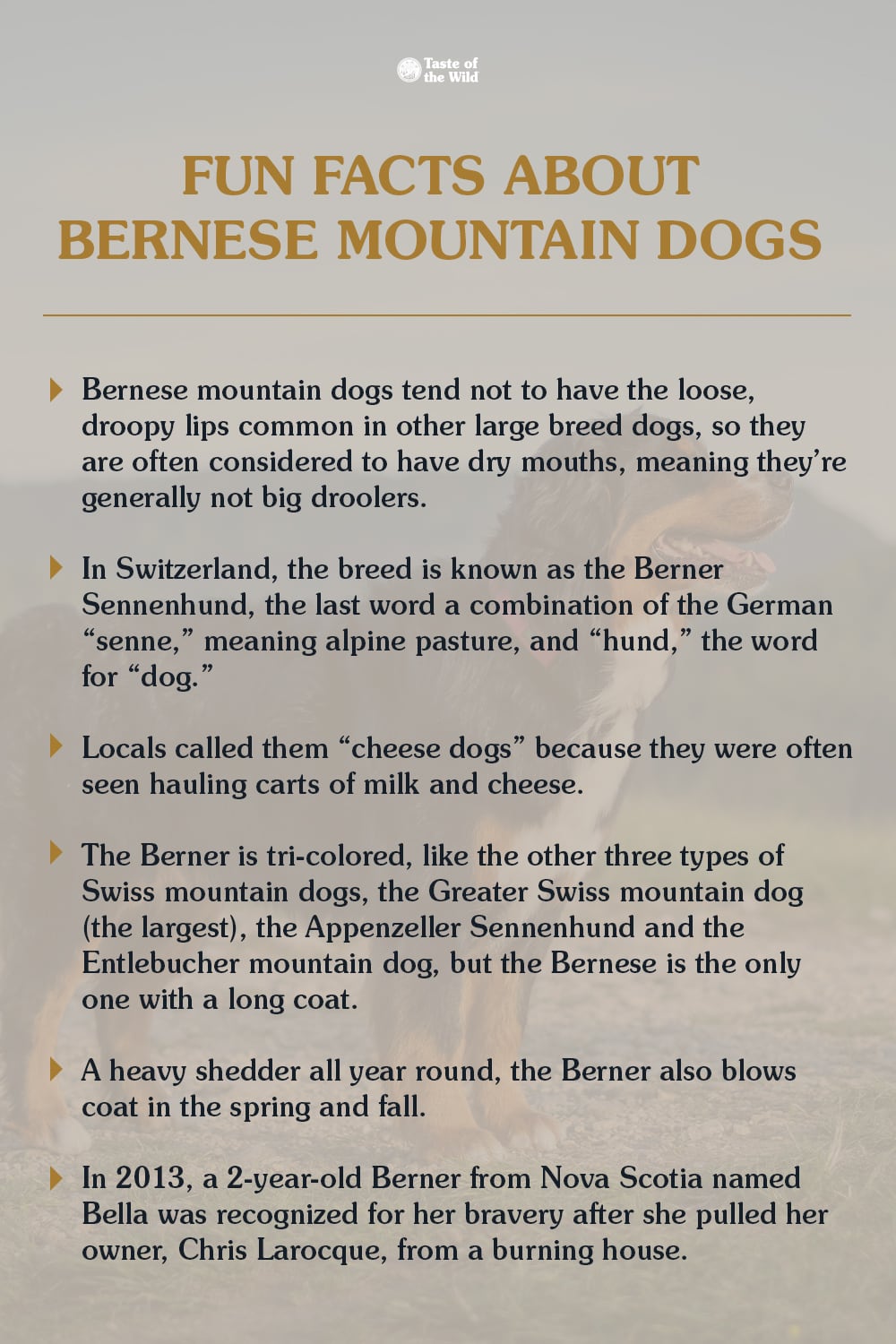