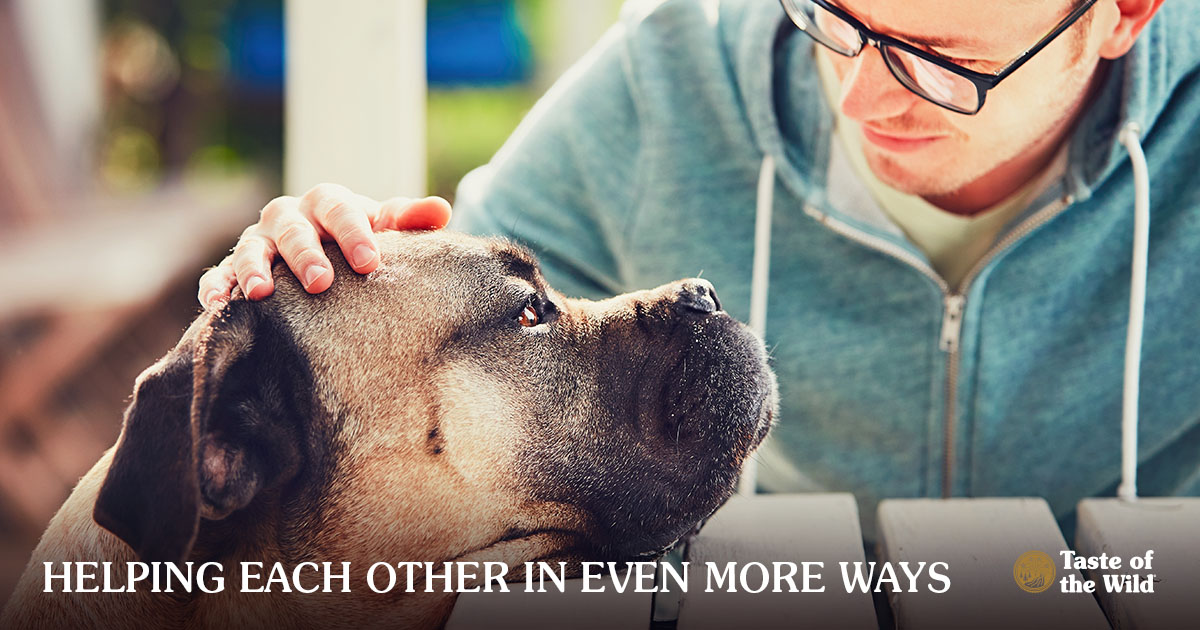 Just having a dog in your life can be good for your health. There are the obvious benefits of companionship, including the squeals of delight when you return home and unlimited snuggling on lazy Saturday mornings.

But research shows that dogs can also lower your blood pressure, reduce your risk of cardiovascular disease and help you better handle stress. Now, scientists are examining new ways to treat and prevent cancer in dogs — and these discoveries may eventually help do the same for people.

A Leading Cause of Death in Pets

The phrase “pet cancer” shouldn’t exist, but unfortunately, it does.

About 25 percent of dogs will develop some type of tumor during their lifetime, according to the American Veterinary Medical Association. Thankfully, not all of those tumors will be malignant (cancerous) — some will be benign, or noncancerous. Still, about 50 percent of all dogs over 10 years of age will have to deal with some form of cancer.

While less is known about cancer in cats, it’s estimated that about 6 million felines will be diagnosed with cancer in the United States this year. This is about the same number as dogs, but since there are more cats than dogs in the U.S., cats may not develop cancer at the same rate as dogs.

Dogs develop cancer at about the same rate as people do, and traditional treatments tend to be similar as well, including surgery, radiation therapy and chemotherapy. A relatively new but promising area of cancer research is immunotherapy, or using vaccines to train the animal’s (or human’s) immune system to attack cancer cells in the body.

Typically, vaccines are used to help prevent an animal from being infected with a virus. Injecting a harmless version of the virus into the animal helps stimulate the immune system to recognize that virus as foreign and destroy it.

Most of the cancer vaccines currently being tested in animals are therapeutic, meaning they are administered after an animal has cancer to help the immune system recognize and eliminate existing cancer cells. Current cancer vaccines being tested in pets include those for melanoma, osteosarcoma (bone cancer) and lymphoma. The vaccines may be used as a single therapy or combined with traditional treatments.

A Vaccine to Help Prevent Cancer

Recently, a team of researchers at Arizona State University received a $6.4 million grant to test a vaccine that may help prevent dogs from developing cancer in the first place. And if it’s successful in dogs, scientists hope the technology will help prevent cancer in humans, too.

Rather than focusing on a single type of cancer, this vaccine is designed to help the immune system recognize a feature common to many types of cancer. Touted as the largest interventional clinical trial in dogs ever, the study hopes to show that the vaccine can actually prevent several types of cancer in dogs.

The study of cancer in animals and humans, or comparative oncology, brings veterinarians, human doctors, pharmaceutical companies and research centers together to develop better ways to manage cancer in both species.

Since dogs suffer from many of the same types of cancers that humans do, but tumors may develop faster in dogs than humans, researchers are hoping that this study will help provide insights into vaccine effectiveness much sooner. In other words, the study could provide answers in 5 years that it would take up to 20 years to discover in a human study.